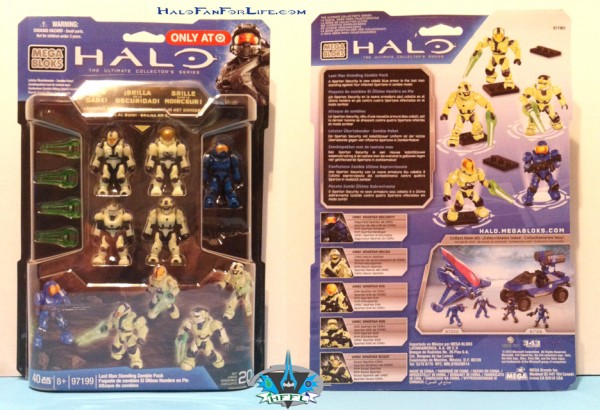 The dark inner graphic of the cardback helps to highlight the GITD figures. The only thing hidden from view are the figure stands. 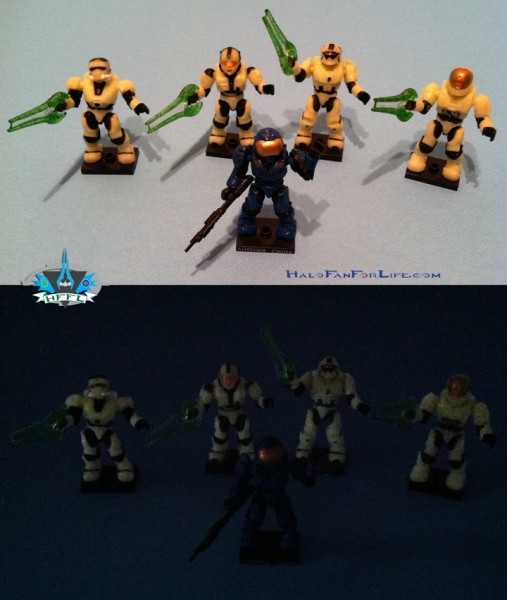 In light on top and after exposed to light for 15 minutes below. The GITD feature isn’t very prominent, but it still works.

Summary: A good figure pack for the price. I’m a fan of GITD toys, so this was a must buy for me. It is an exclusive to Target. Depending on your desires, you might want to wait on this for a sale. Target is usually good for that. But I wouldn’t wait too long. I suspect this set will sell fairly well.

Overall Rating: I give this set 8.5 out for 10 medals. If the GITD feature was “brighter” it would have scored higher. Also, while I respect the idea of the green swords to coincide with the color of the Zombie Spartans, I’d rather have had game accurate blue ones. That’s not a complaint, just a preference.