During last month’s BlokFest in the UK, TheSSMotion revealed three new Halo Mega books sets. All of which appear to be two-part cryo tubes, similar to how we got the two-part drop pods from last year. The look of the pods is a sparkly metallic. However, the Spartans shown with each set do not appear to have metallic ink, like the ODST counterparts did in the drop pod series.

First up is the GREEN Cryo-tube 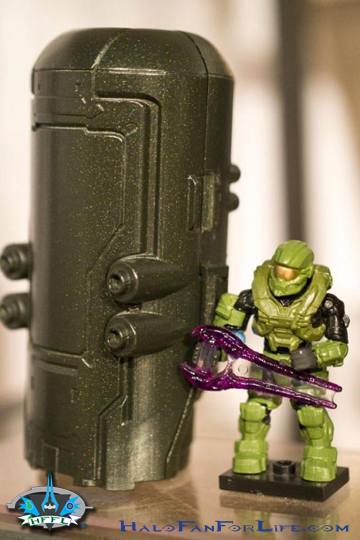 The tube looks great. Again, noting that it appears to be a two-part mold, instead of a build able set. The Spartan shown is a HAZOP Spartan from Reach. It’s missing it’s left shoulder armor though. I’m hoping for a different weapon. Or at least a blue energy sword instead of purple. I’m just not a fan of any energy sword that isn’t blue. But that’s me. Not the figure has the new articulation. So the shoulder, chest, and thigh armor are removable. I’m looking forward to this set. The HAZOP from Reach was one of my favorite armor designs from that game. The Cryo tube isn’t a bright free like the figure, for which I’m grateful.

Next up, the BLUE Cryo-tube 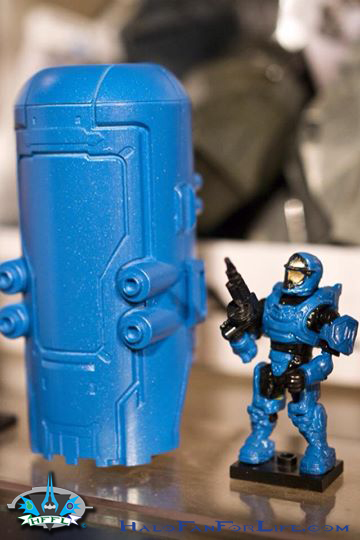 Now this Cryo-tube is a bright blue. That actually looks pretty good though for it’s color. The exciting part though is the figure. It’s an Oceanic armored Spartan. The armor that comes with this very cool. Note how the shoulder armor resembles that of the EVA from Halo 3. The helmet itself is a nod to the Bioshock franchise’s Big Brother. The set comes with a SAW as well.

And lastly the RED Cryo-tube 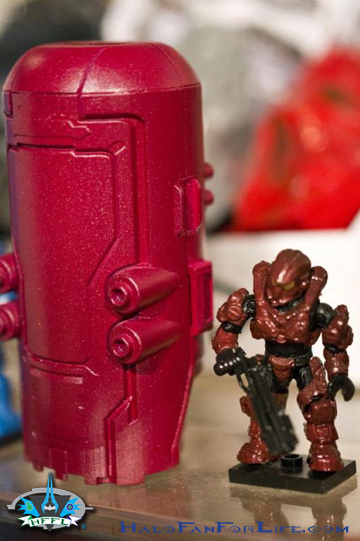 Heh, now that is a BRIGHT red! It will look great with my planned Halo themed Christmas tree. (Seriously!). The Spartan is an Aviator armored spartan from Halo 4. I really dig the helmet. Heh, I’ve never been a fan of then “drum kit” shoulder armor though. That’s no fault of MEGA though as they are designing from 343’s files. The color of the tube and spartan don’t match, but I’m totally okay with that. I like this color on this spartan.

I haven’t heard official word on when these are due out. Though if they follow the same path as the Drop Pods did, then expect to see them in the last quarter of 2014.

Having seen these, might you get them when they come out? Reply below!