Following up on the Sanctuary and Delta Halo screens, we have 21 shots from the Halo 5 Guardians multiplayer BETA. This is exciting stuff. And for those who have played Halo for a long time will certainly recognize one of the maps shown…

So, is the screen below a remake of ‘Skyline’ from Halo 4? That hasn’t been officially revealed as of this writing (if so, please send me proof of such folks). 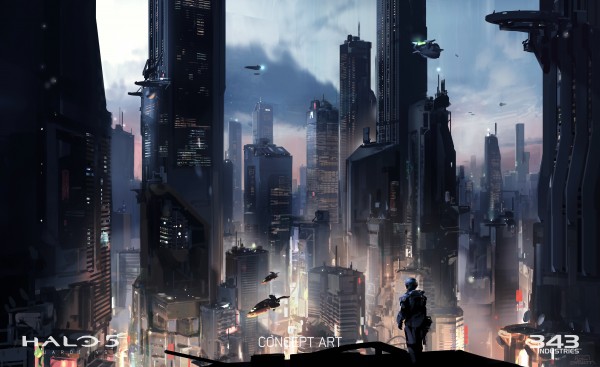 In the meantime, the above screen is just beautiful. Notice the UNSC Darters flying by, near the lower left corner. So where might this be, if it’s not a Skyline remake?

Now if the screen above is part of the first one as well, clearly this is a new map and not a Skyline remake. I love the look of it. A good mix of wide open areas and hideaways.

Next we have ‘Midship’ a classic Halo map. Possibly the greatest of all? The first pic here being a concept.

While I love the more futuristic look of this map, for me it’s the lighting that really captures the essence of the map. The holographic display at the top is a great addition as well. 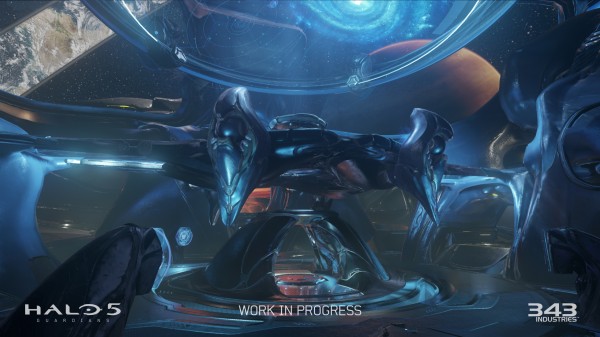 Now the view OUTSIDE of the map is impressive. Love seeing the Halo ring as well as a planet and a galaxy further out.

Above shows where this map excels in the details. Just take a couple of minutes a look at every minute detail in this shot. 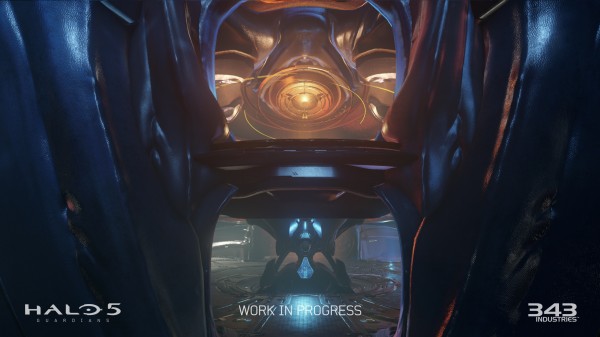 The richness in color and the texture sheen also help to bring this map more to life. This is what was sorely needed in Halo 4. 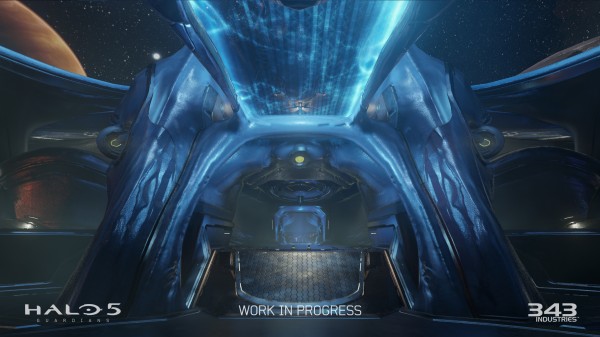 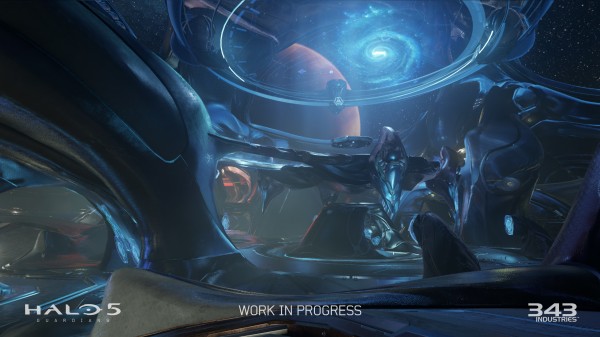 If this doesn’t look alien enough, nothing will! 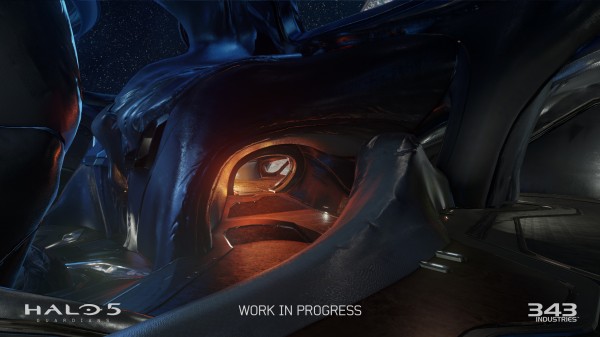 Okay, is anyone else seeing an elite head from the structures in the above shot??? 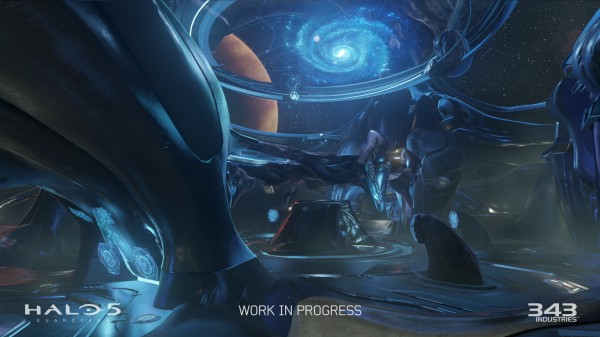 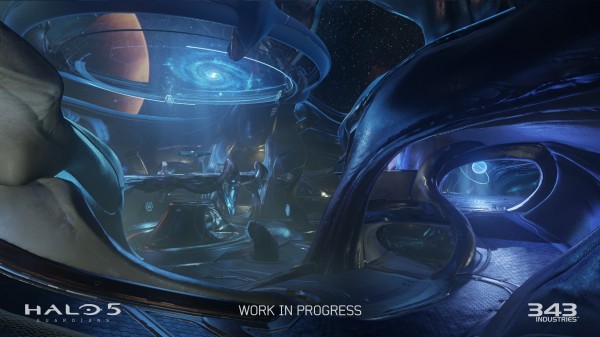 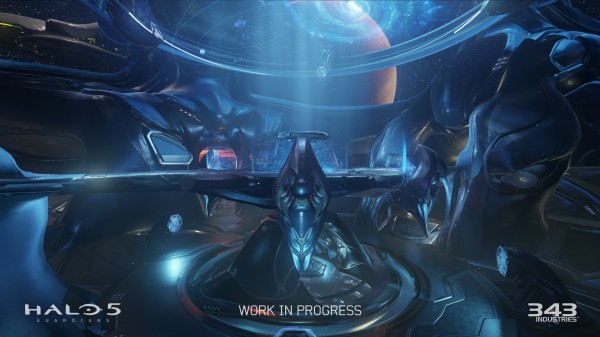 A great overall view, note the Covenant Cruiser at the top left of the pic.

Now, I’ve seen online where some are calling the below pics remakes of Skyline. I don’t think so. While certain elements look or feel the same, take a look at all of the below pics and judge for yourself. It’s clear this is not Skyline. However, this map could be at the same area of Skyline, meaning another part of the building.

Blue base showing many paths you can take. 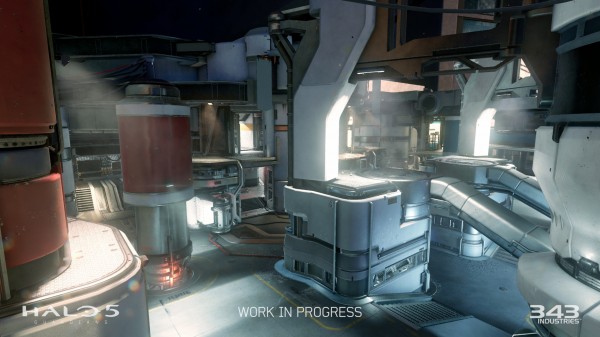 The transitional space between red and blue bases on this new map. 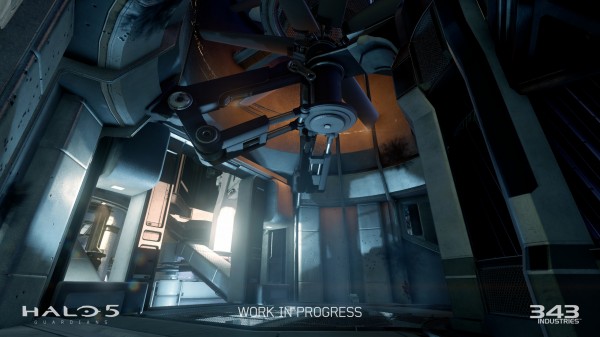 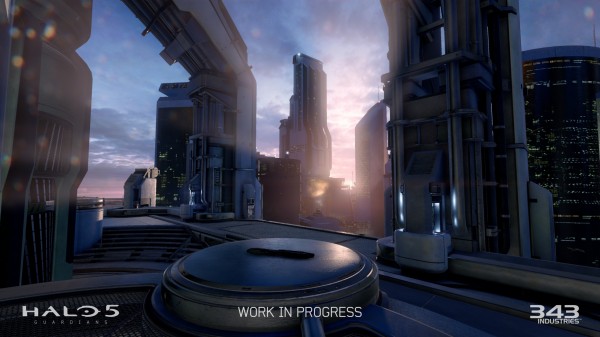 Bright lights, BIG city for sure. Now if those sue spot reflections stay in the game, wow, color me impressed!

Something is on fire above. What could have happened? An attack by the Covenant, or an industrial accident?

One thing I think 343 is making clear with these shots is that they are sticking to their mantra of making Halo 5 Guardians multiplayer an arena style game. So maps like Outcast from Halo 4 most likely won’t make an appearance.

What do you think? Do you like the remake of Midship? How about the cityscape map?