I was curious just how big the foregable/playable space was in Awash. Awash is a new Forge map in the Halo 2 Anniversary Forge portion of the Halo Master Chief Collection.

First things first, I went to the four corners of the map and placed a 1×1 block. BTW, the 1×1 blocks at 10ft square. Next I placed the large green grass tiles at the corners. Then to get the size of that, placed enough 1×1 blocks side by side on one of the sides of the grass tiles to get that measurement. It’s 30×30 (which is 300ft on one side).

From there I began placing the grass tiles along the complete edge of the map. Every 5th one I deleted so I could easily tell how many grass tiles were placed down. This became very helpful when viewed form above. 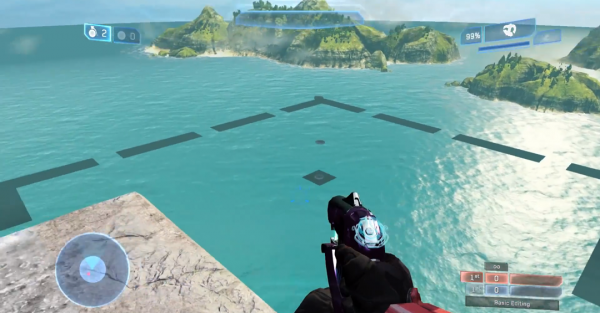 Speaking of, in one of the corners, I built a tower that went to the top of the forgeable space in the map. 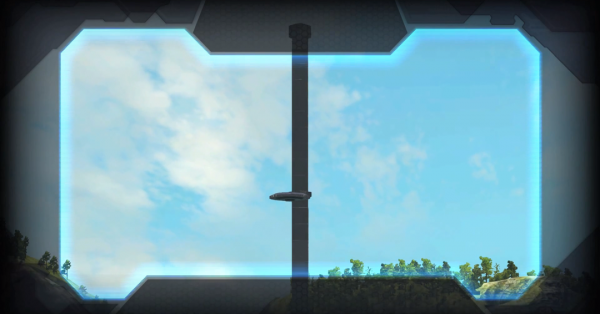 I did some research and found a building that is close to the height of Awash’s top most forgeable area. This is the Shanghai tower at 632M tall. 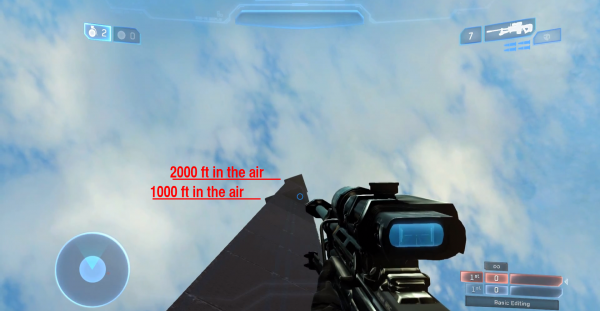 Here’s a view of the tower from ground level. tower” width=”584″ height=”304″ />
My friend MixMaker117 at the opposite corner “zooms” in with a sniper rifle. I’m barely detectable in the pic. (Click on pic to make bigger, then zoom even further in…)

To help him (and you) see where I was, I threw a grenade on the platform.

After that I went to the bottom of the map and placed items to make the center of the map at ground level. Then did the same directly above that at the exact XYZ coordinates. 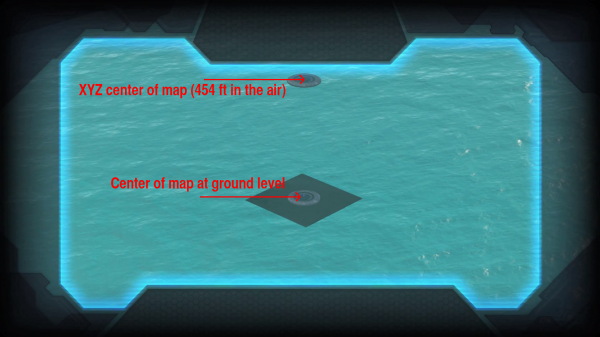 Above shows this form the tower’s viewpoint, while below shows form the exact opposite corner from ground level. 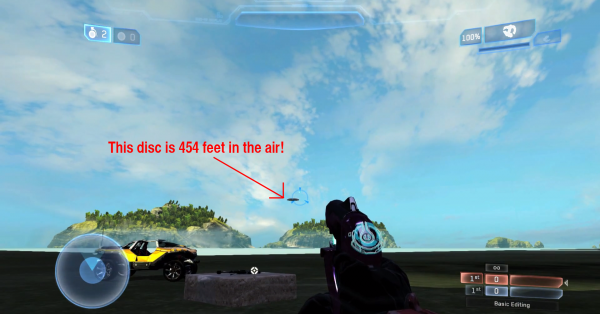 I did some further research on Google Maps and figured out the playable size if it were located in New York City: 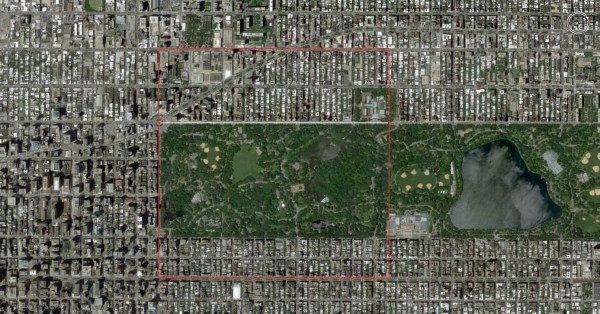 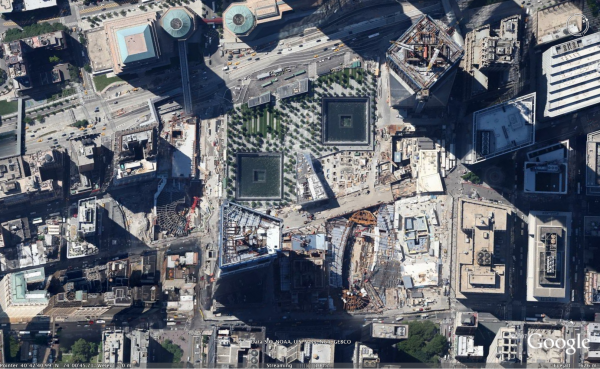 Needless to say, this map is HUGE! View the video for a walk through and explanation of the size of the playable space on Awash.

For those that don’t want to watch the video, the map size is 5,160 ft wide/long by 2064 ft tall. That’s well more than enough space to build just about anything you can imagine in Forge.

A HUGE thanks to MixMaker117 for making the vid for me while I talked about the dimensions. Go give him a subscribe folks. He puts out a LOT of great Halo content. He’s got vids for the HMCC showing skull locations, easter eggs, etc.

[UPDATE 11-26-14] So I went back and figured out the Pthyagorean formula for the distance between the length and height of Awash. See the graphic below:

You may note the small pink line at bottom right. That is the angled line’s length jutting out additionally at the same angle as the length line’s. Again, I would have thought the distance for the angle would have been a lot longer. [end Update]