You want Halo 5 Guardians images? Well, HFFL has got them for you!

Here’s a look a multiplayer maps Empire and Fathom! 25 images!

If you repost these anywhere, please be kind and say you found them here on HFFL. A link back to the blog would be much appreciated. Also, be sure that you’re following Microsoft’s rules with regards to these assets. You are not to make any money from them.

Let’s start off with Empire. What you’ll see here are 3 views of the redesigned side entrance into one of the bases. (It’s of course the same on the other side as well. 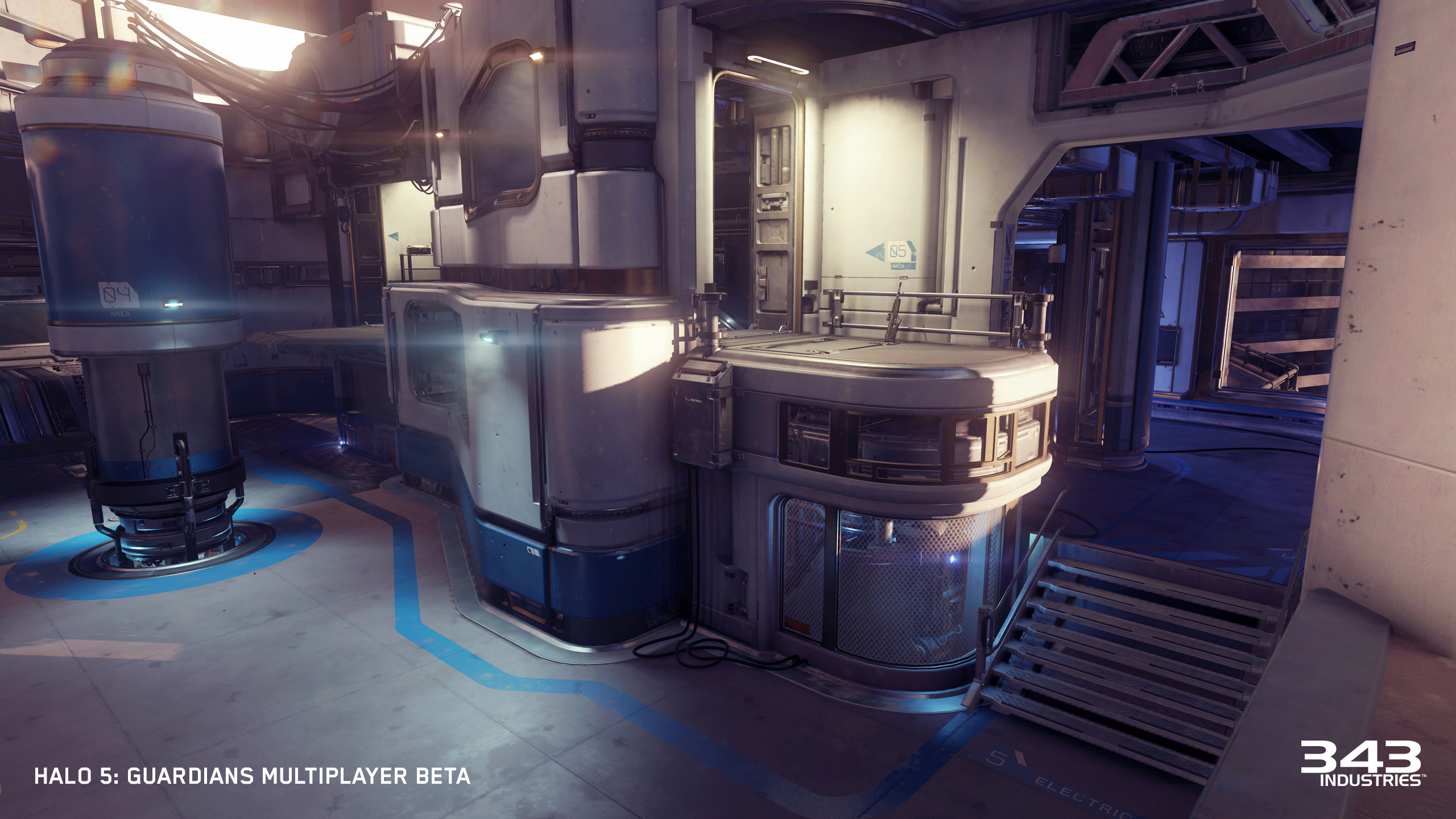 A comparison between old and new 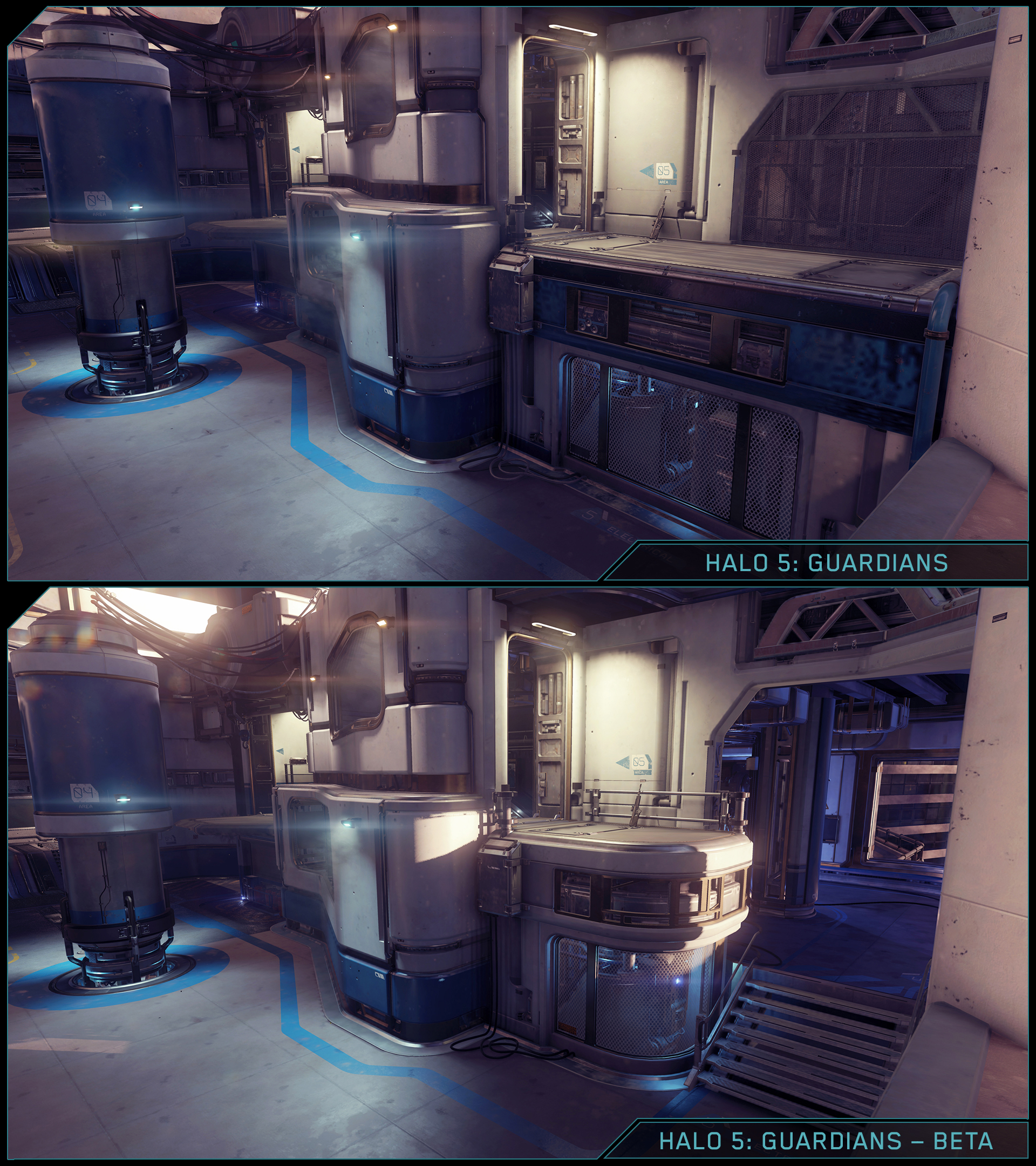 The New design. (This format carries through with the other 6 Empire pics: Old, Comp, New) 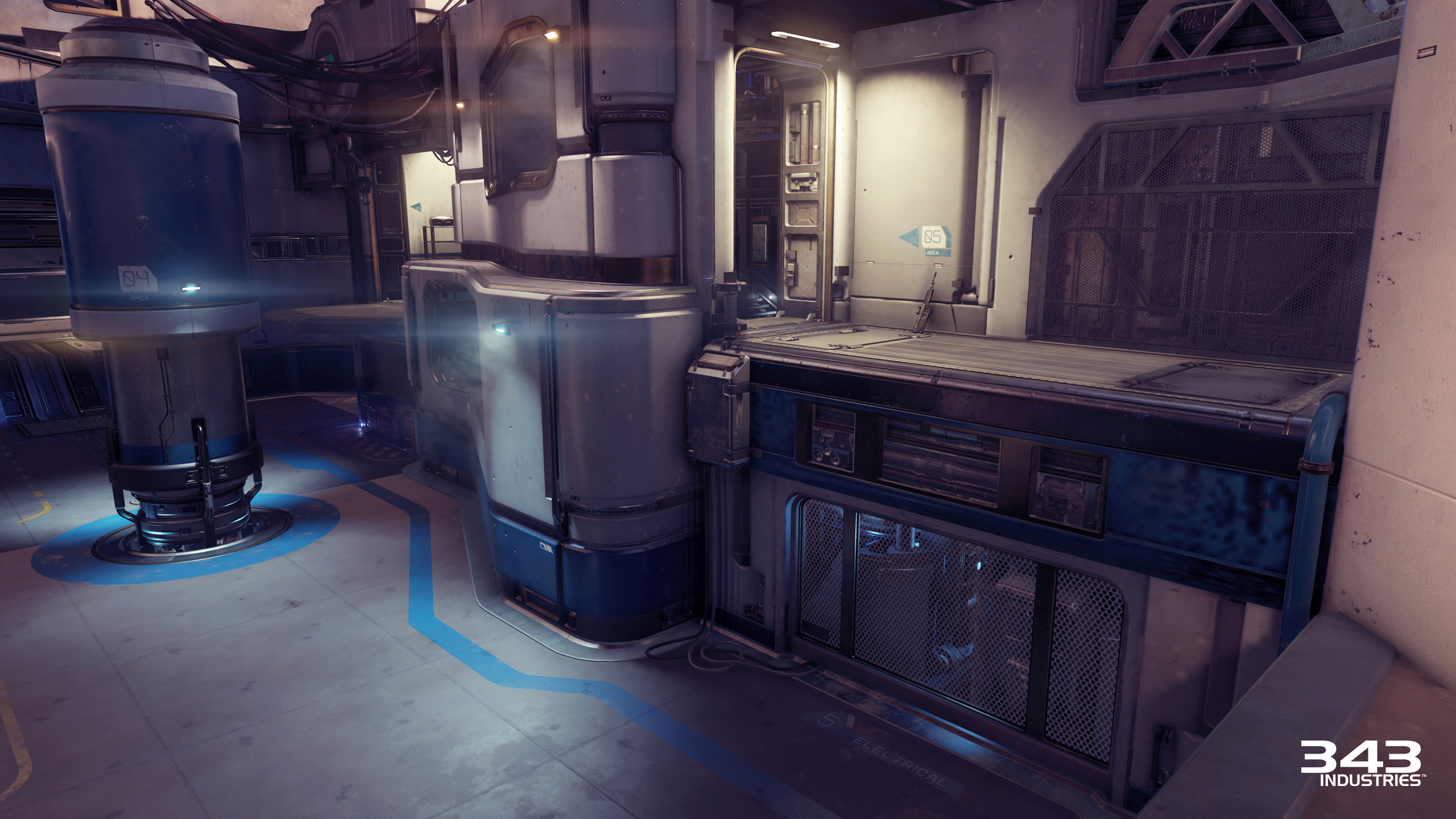 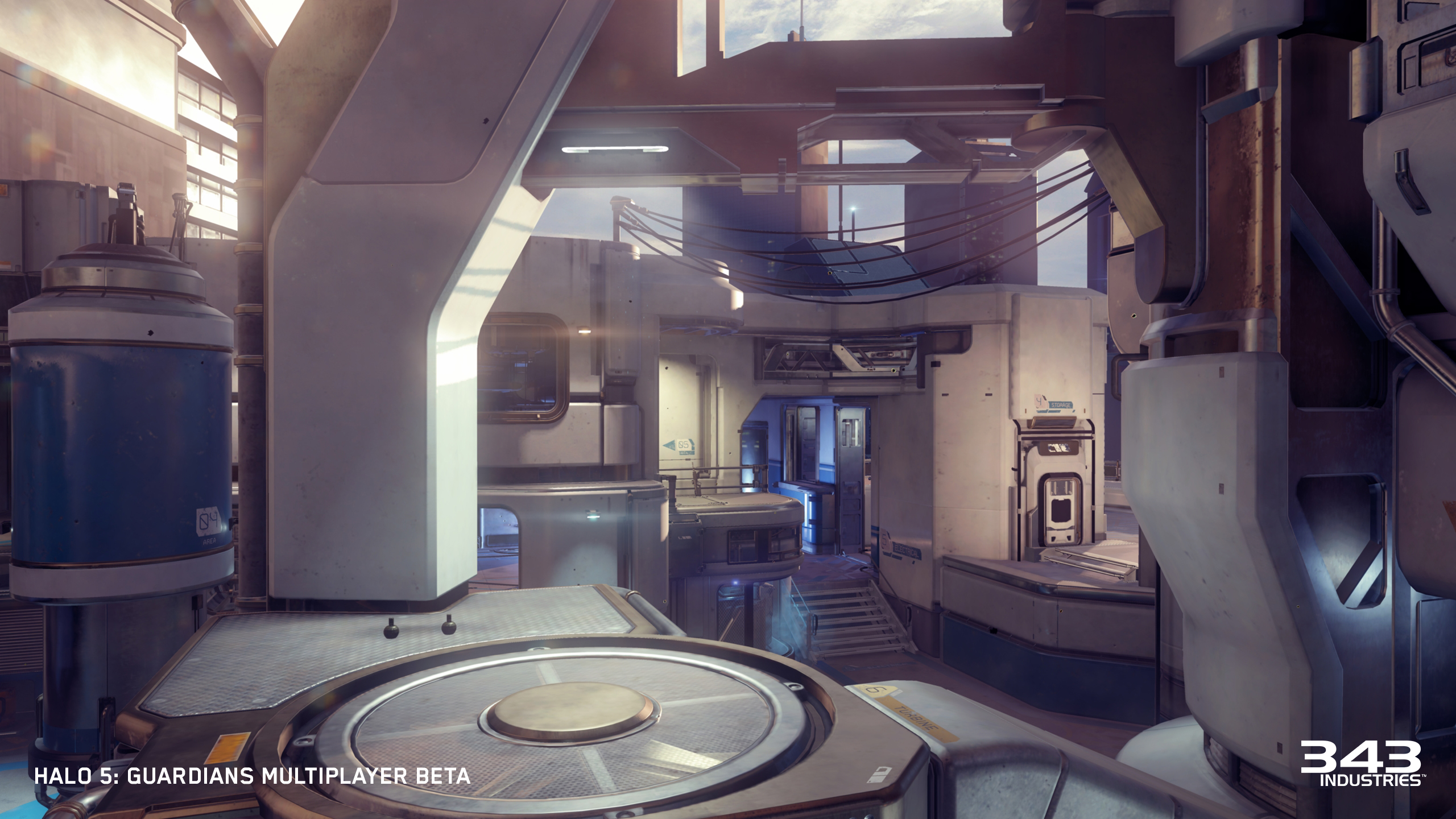 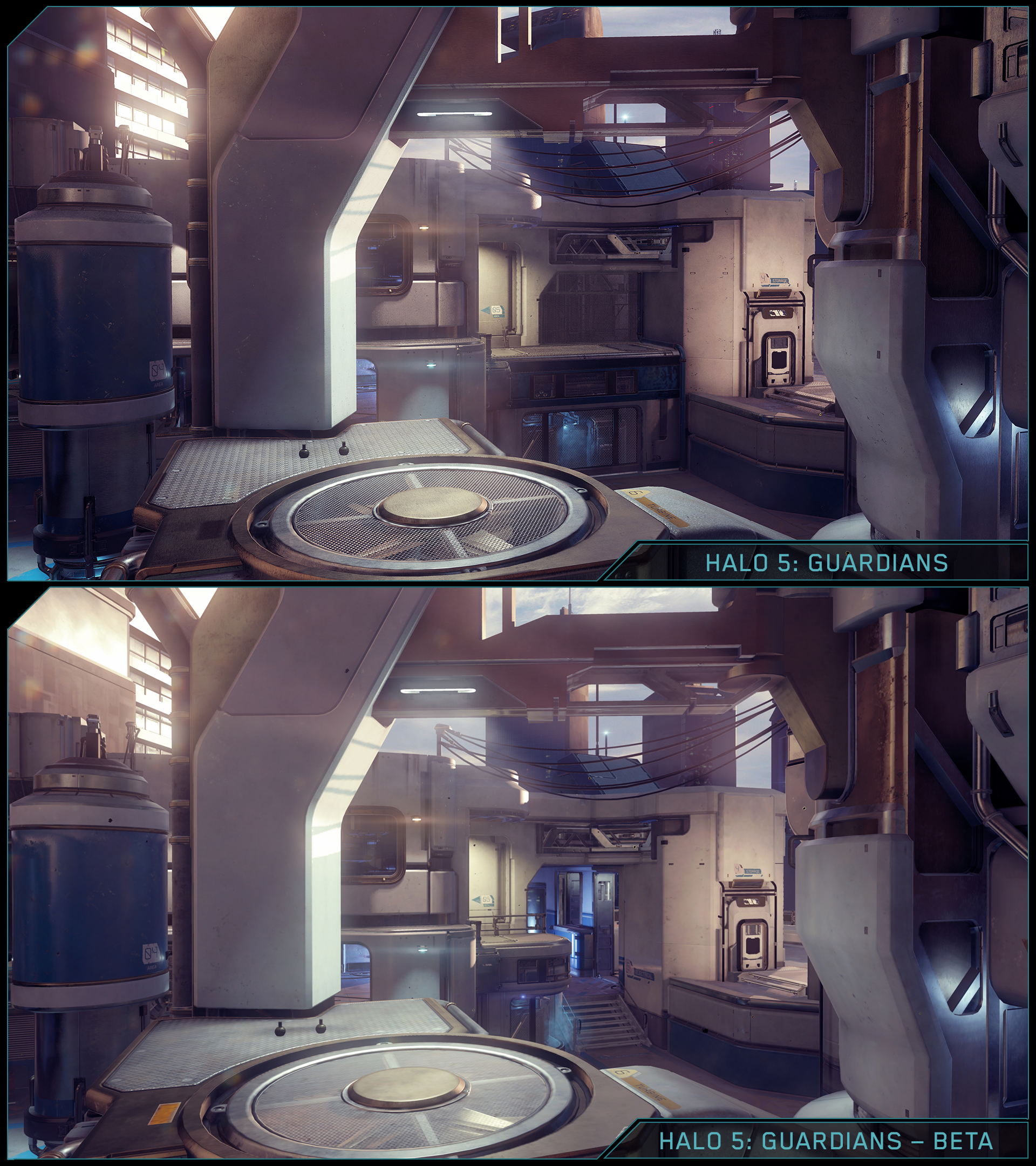 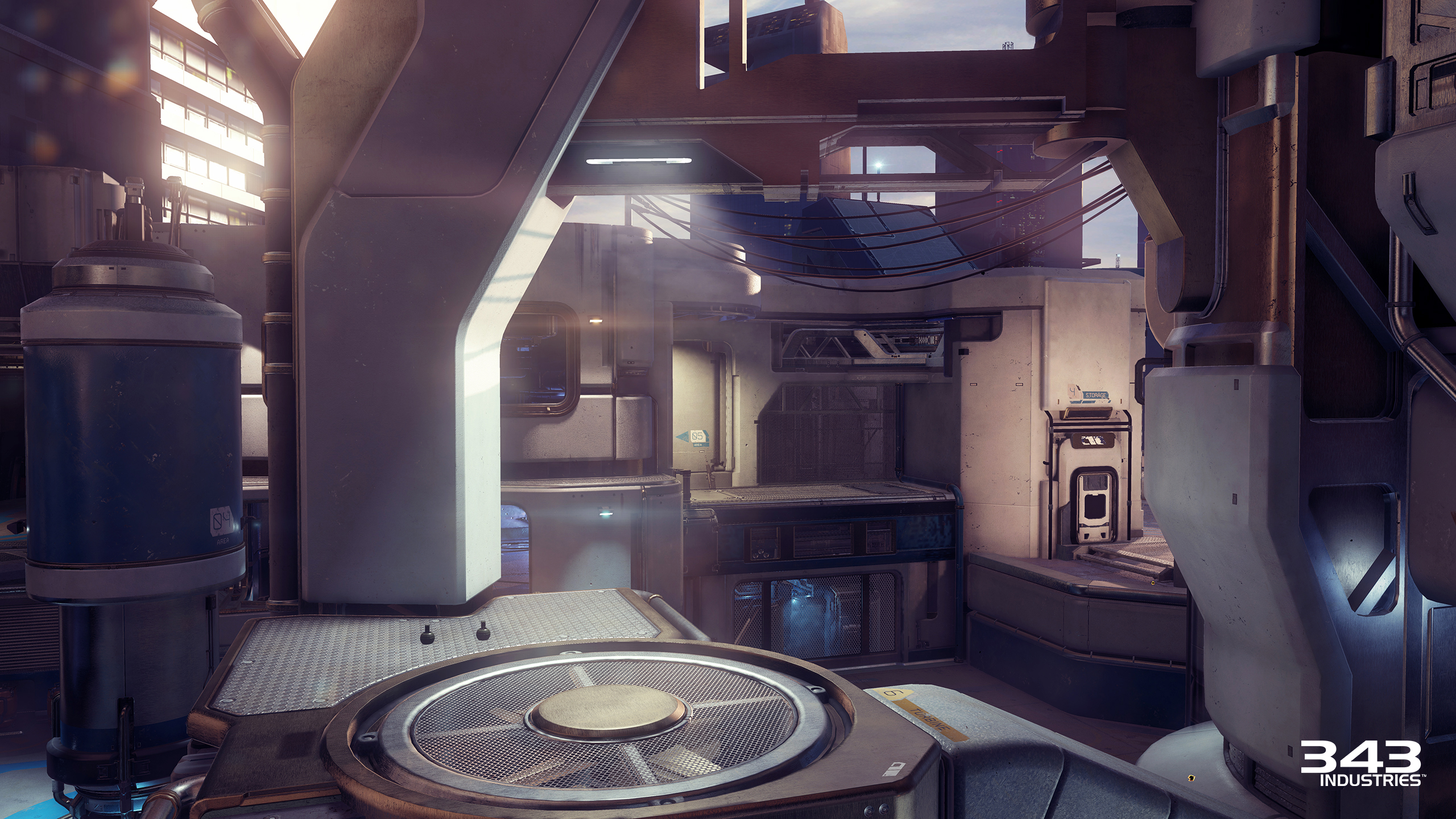 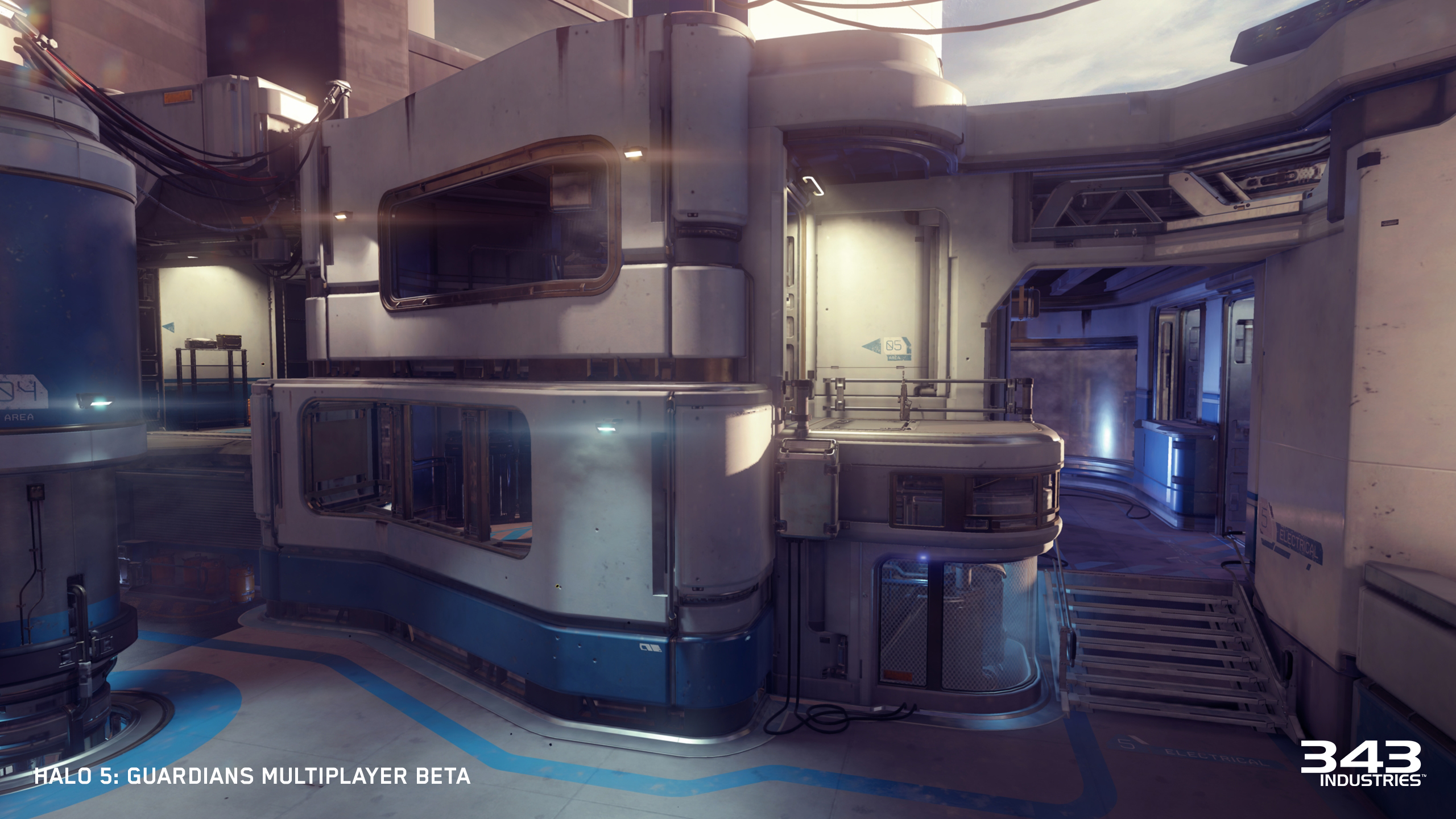 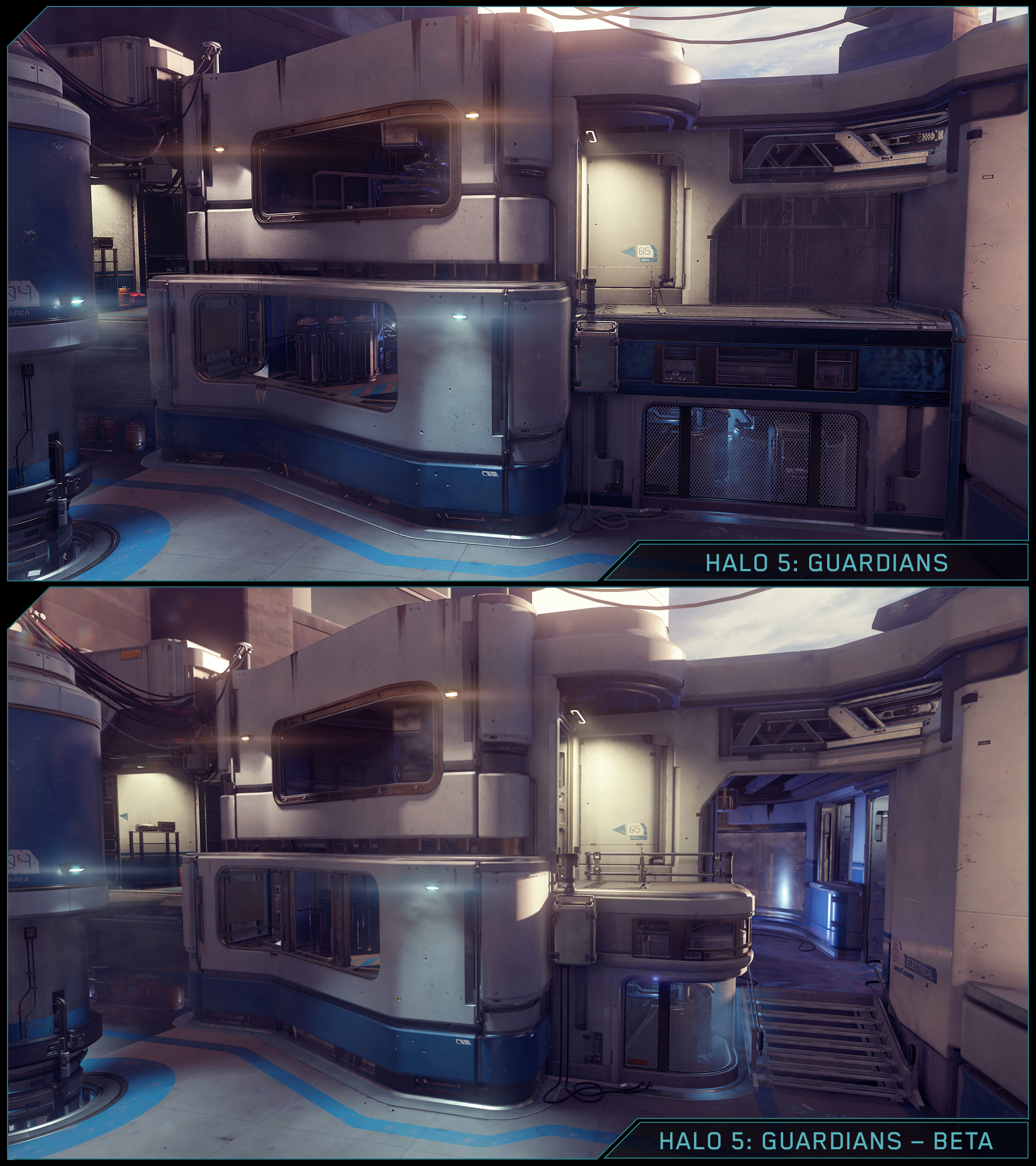 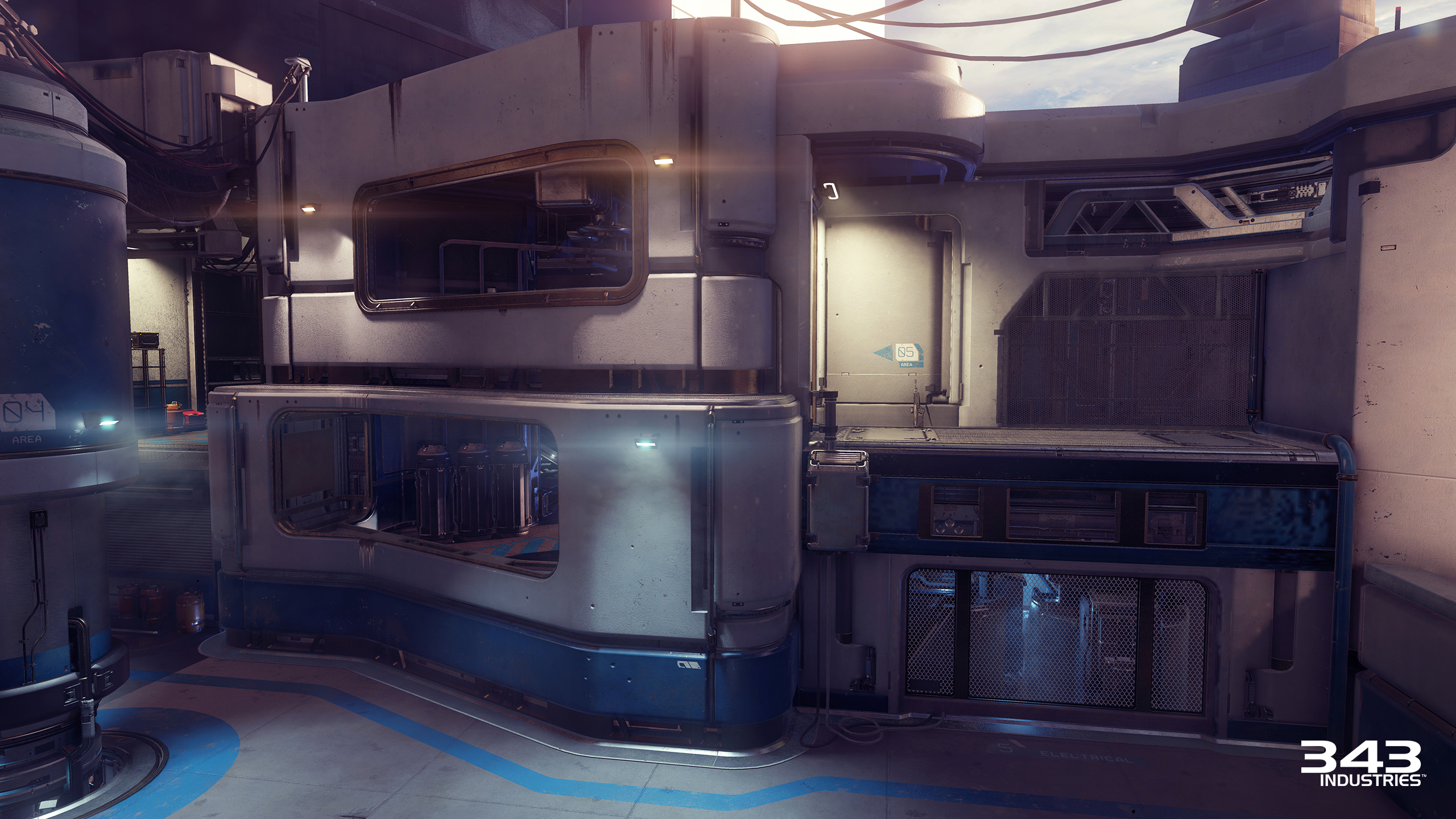 Since I only have the Beta to go by, this change just from viewing it here seems good. The positive thing about it, is that the base is at least slightly more protected from various entryways. You can make the jump from that right most ledge to the new wall. From the ground it’s two jumps. First to ledge, then to on top of wall.

One other major change is those pillars that were at the bottom main window. Those have been removed in favor of better site lines.

Again, without having played on the new version, I’ll say this looks like a good improvement.

This map is in an underwater base. A first for Halo!!

These first three are establishing shots with out gameplay being shown: 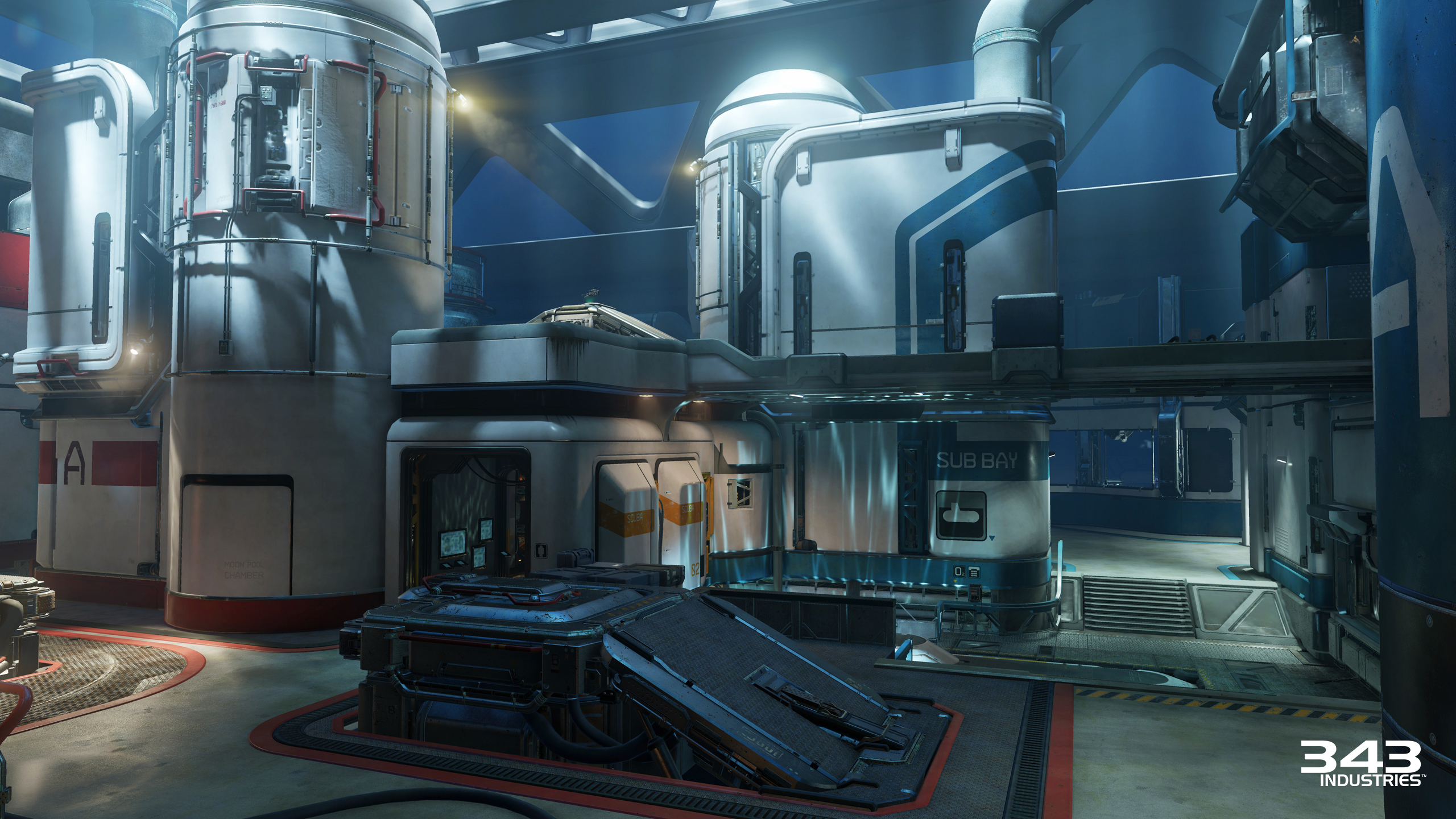 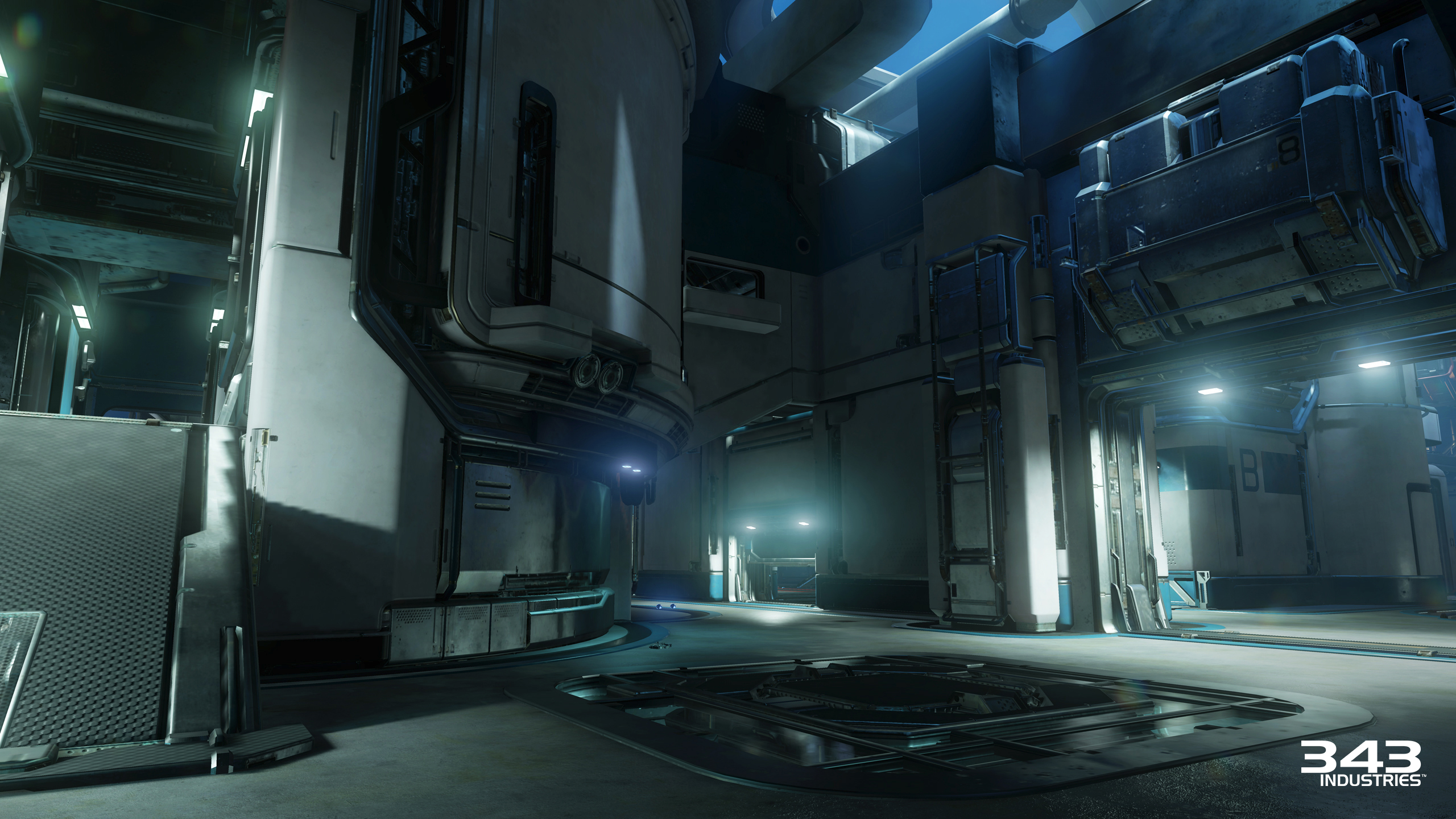 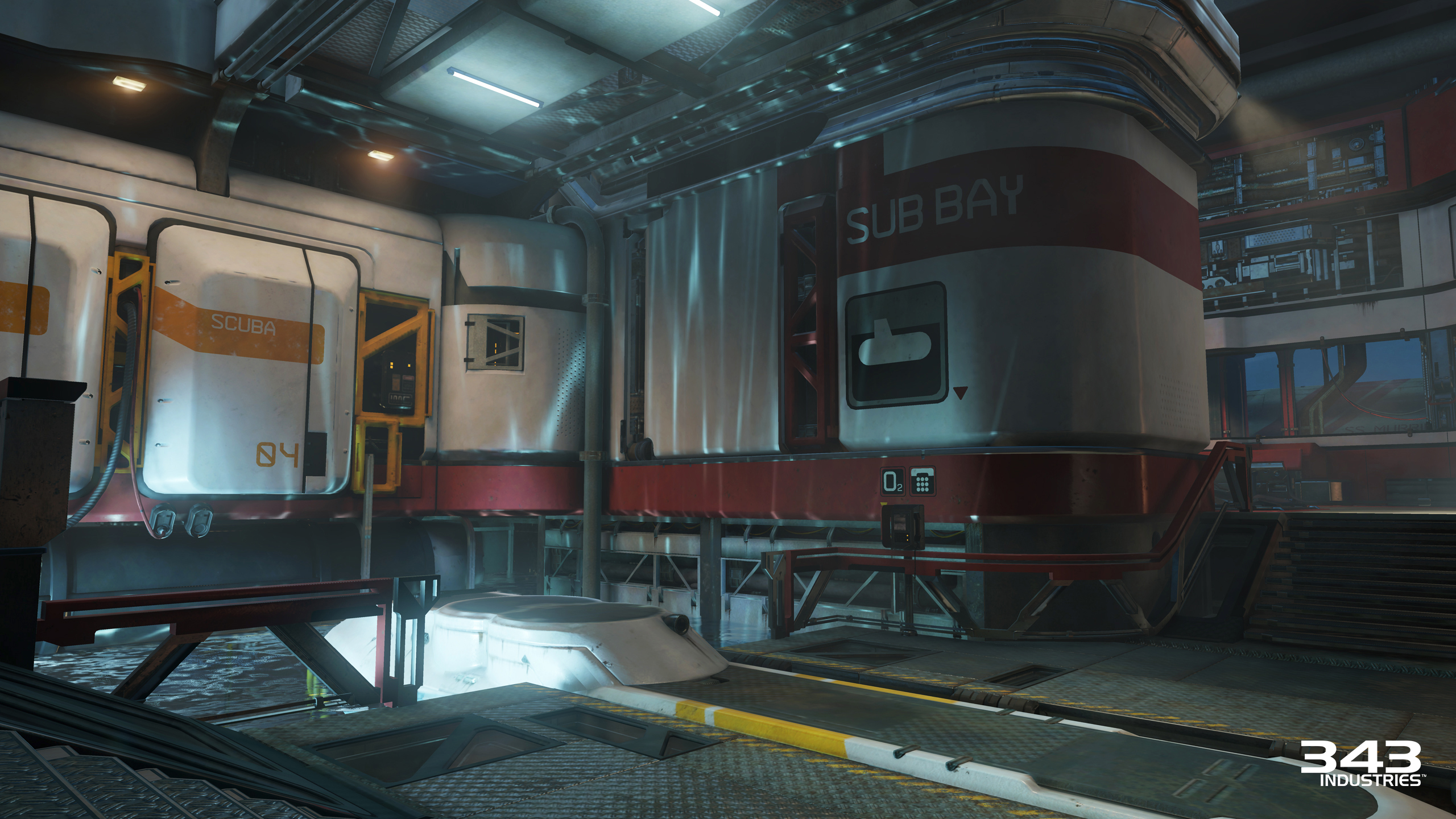 These next ones are gameplay shots from camera (monitor) view: 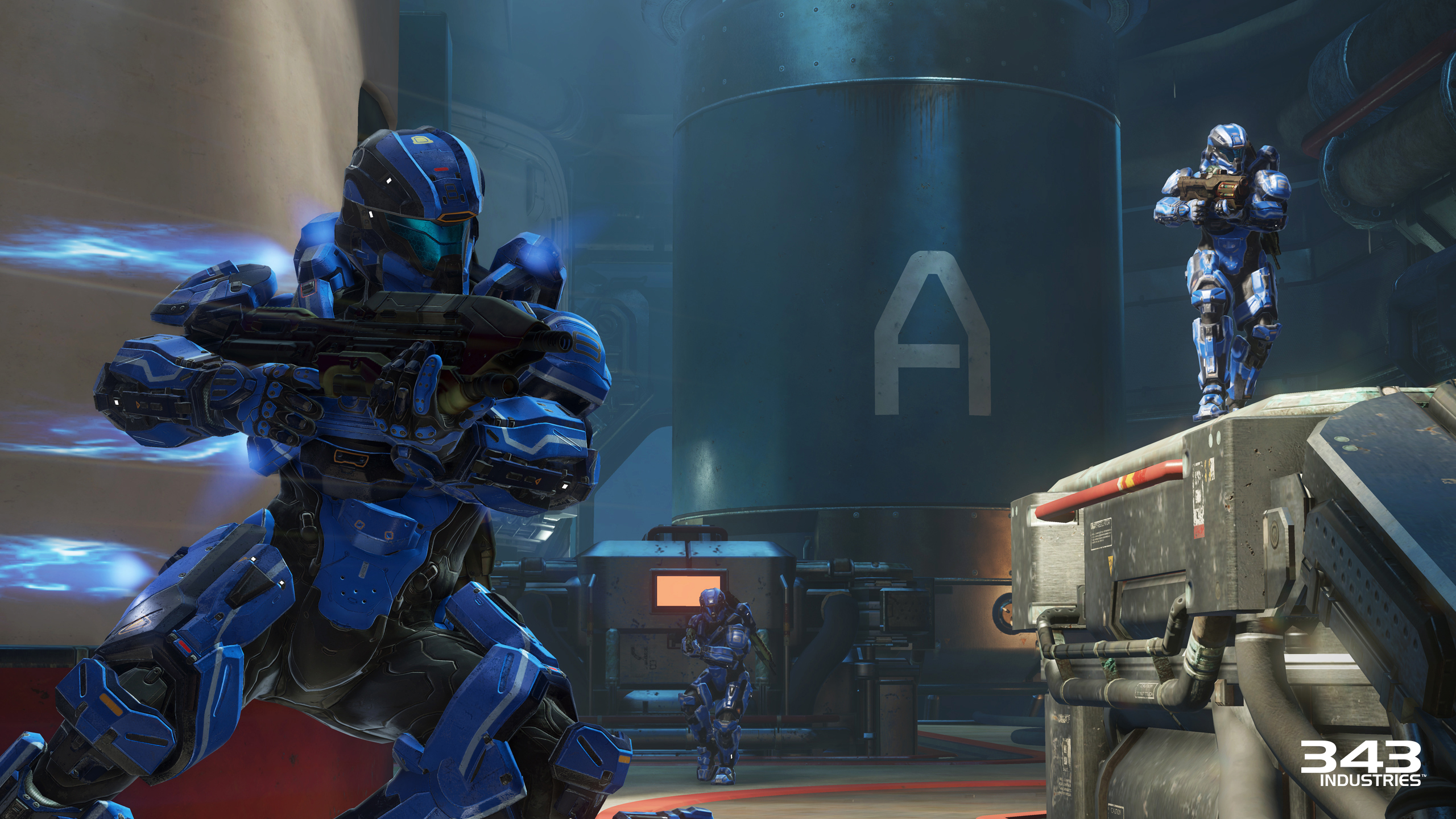 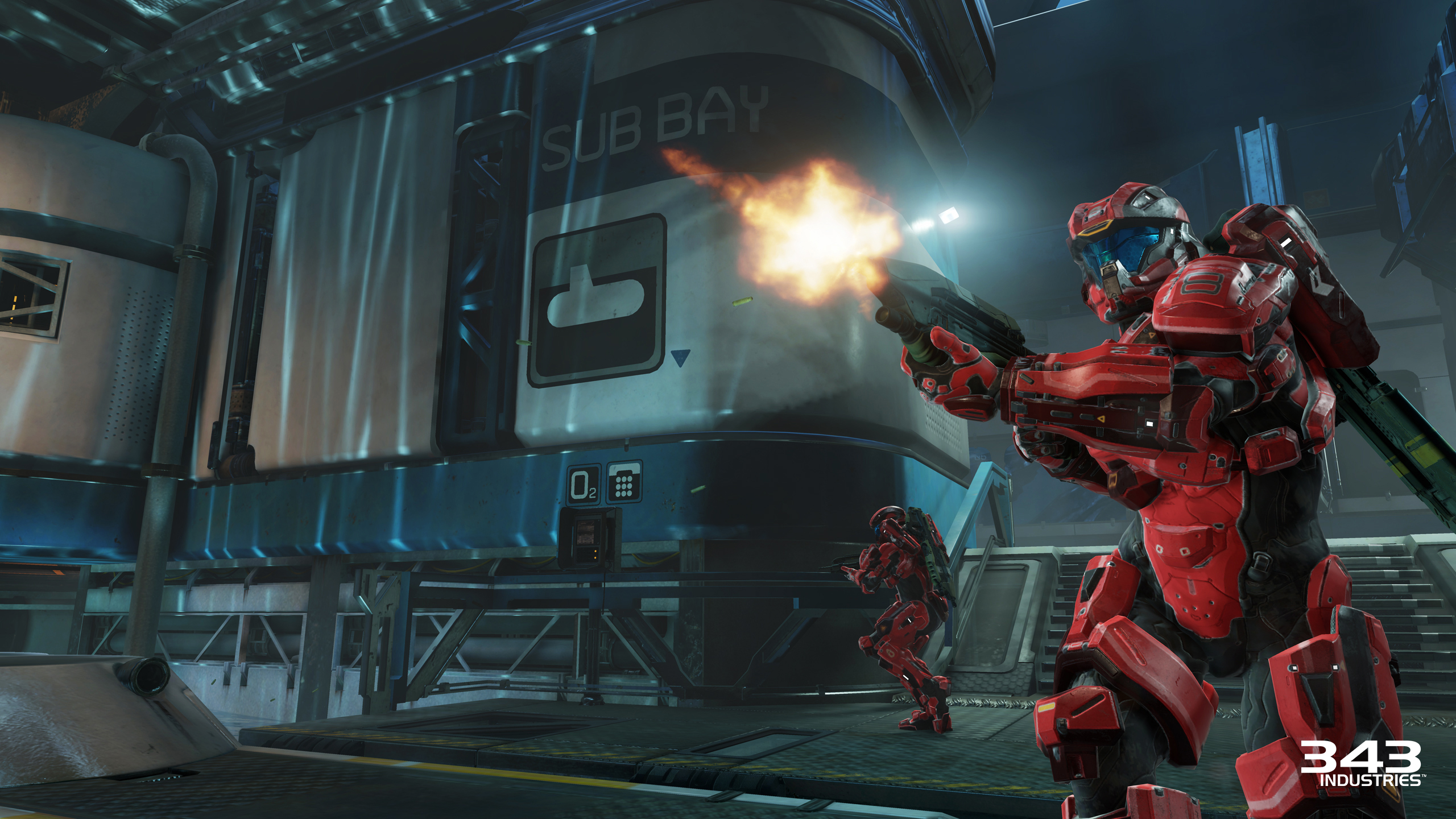 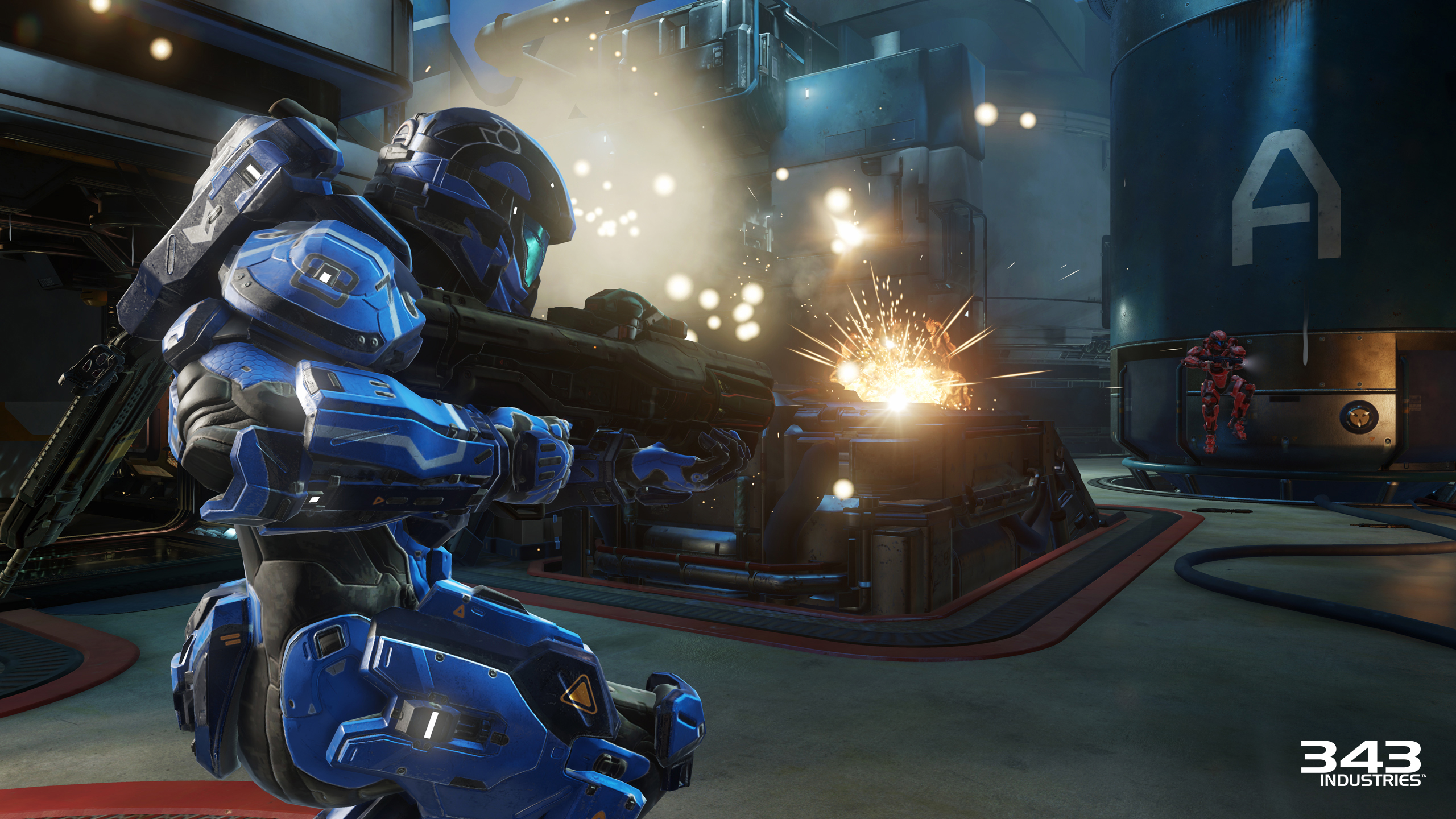 I really like that there is ambient life swimming around the outside of the map. Makes this feel more realistic and not too empty. 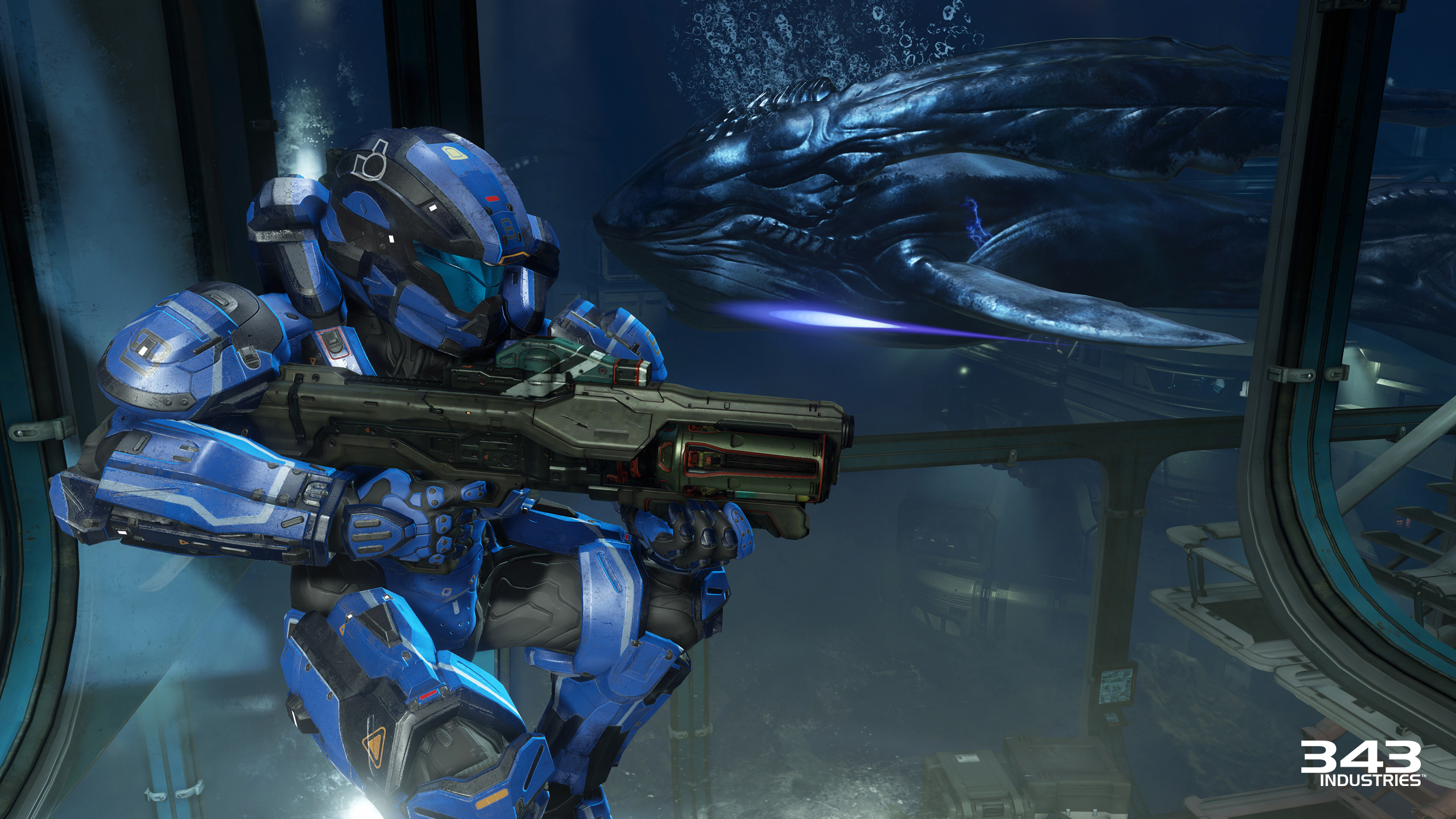 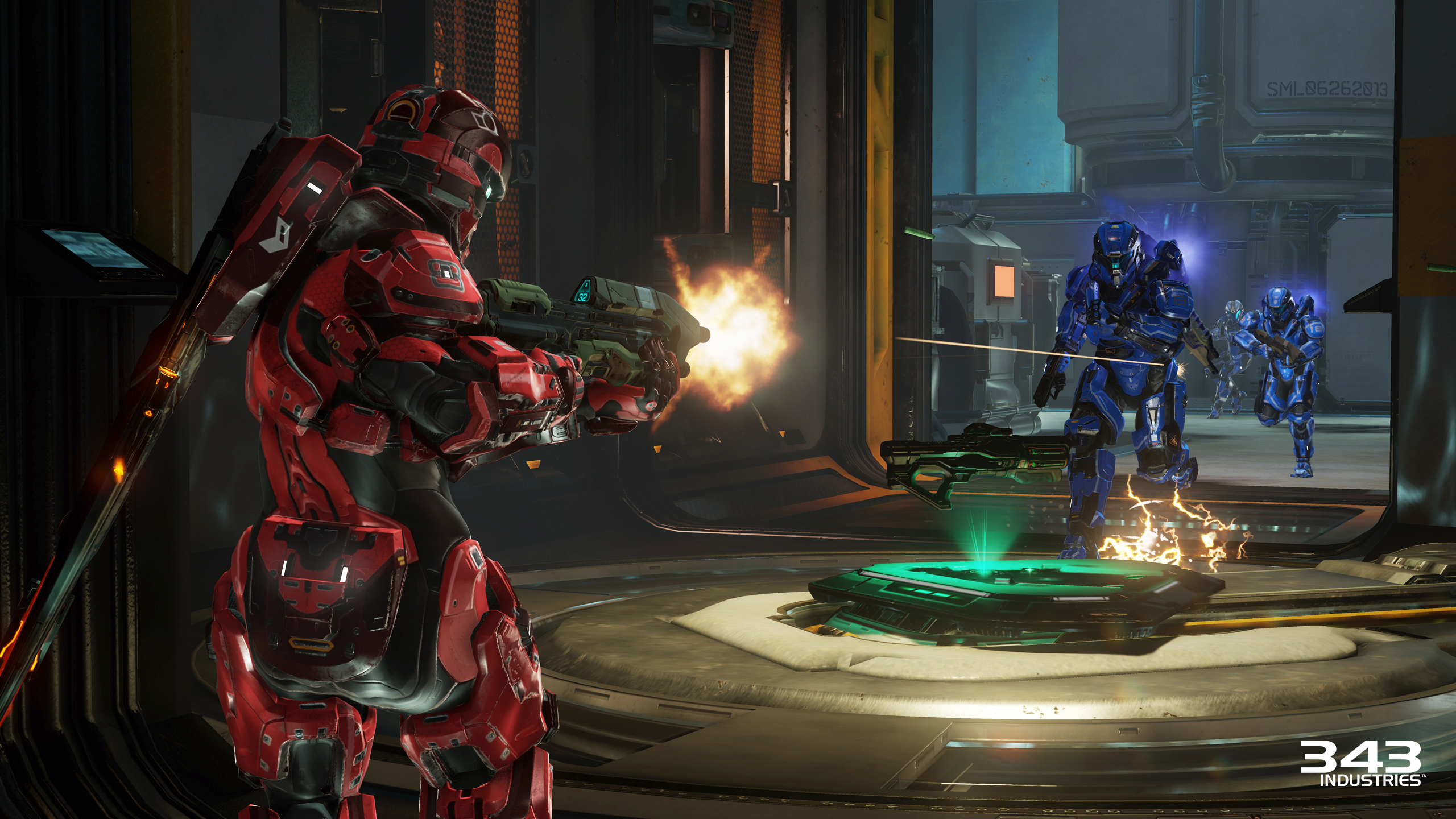 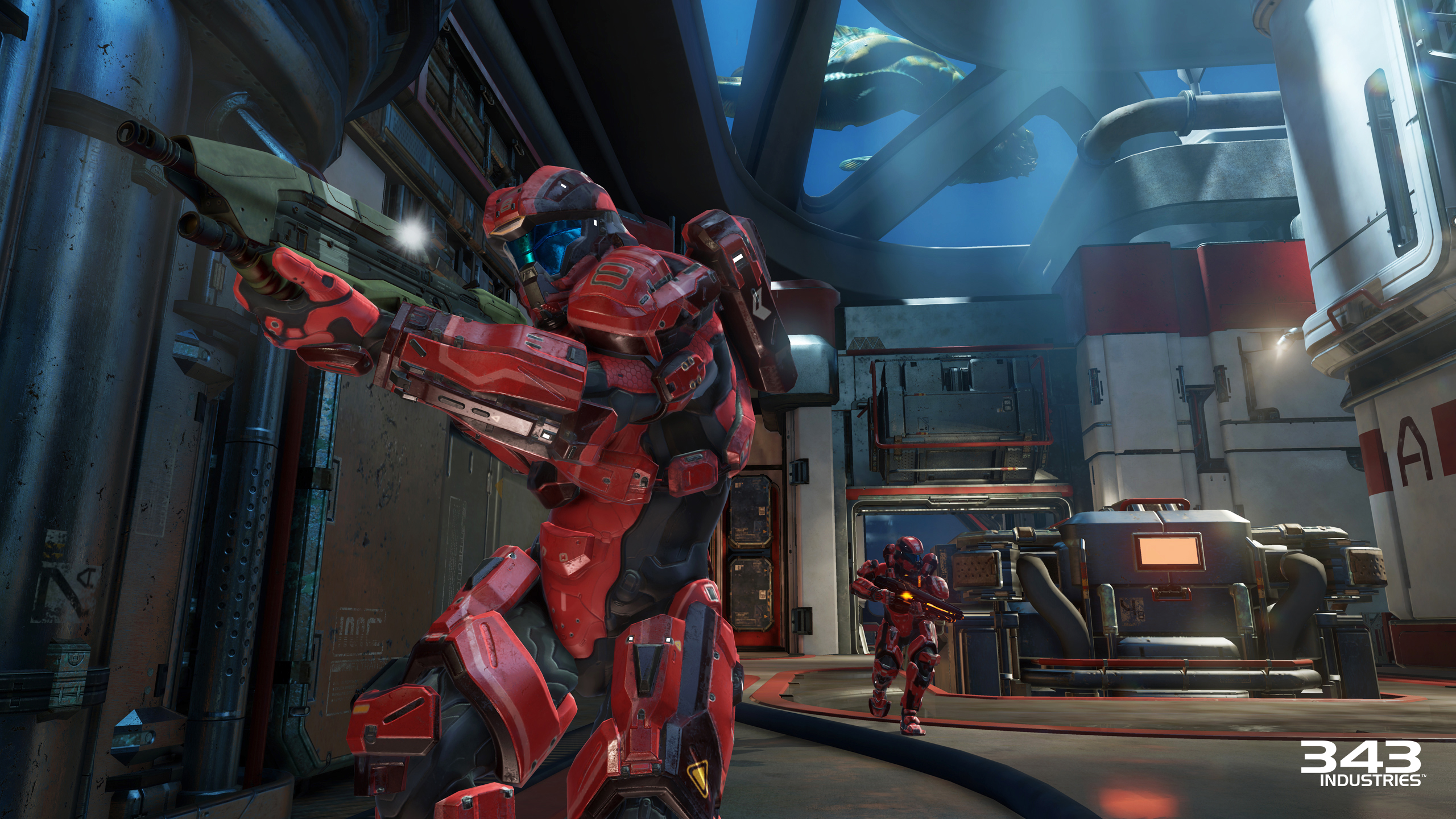 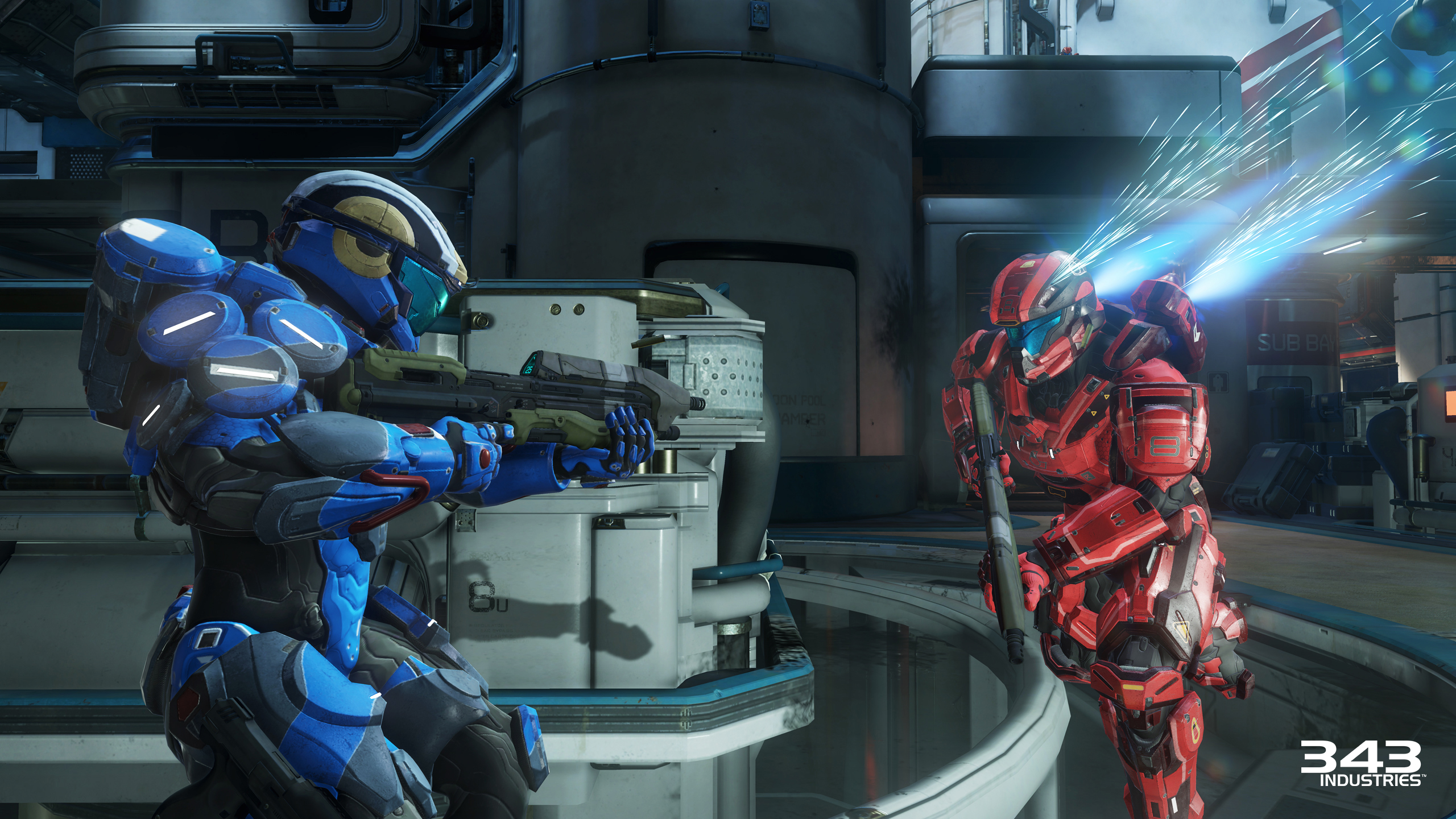 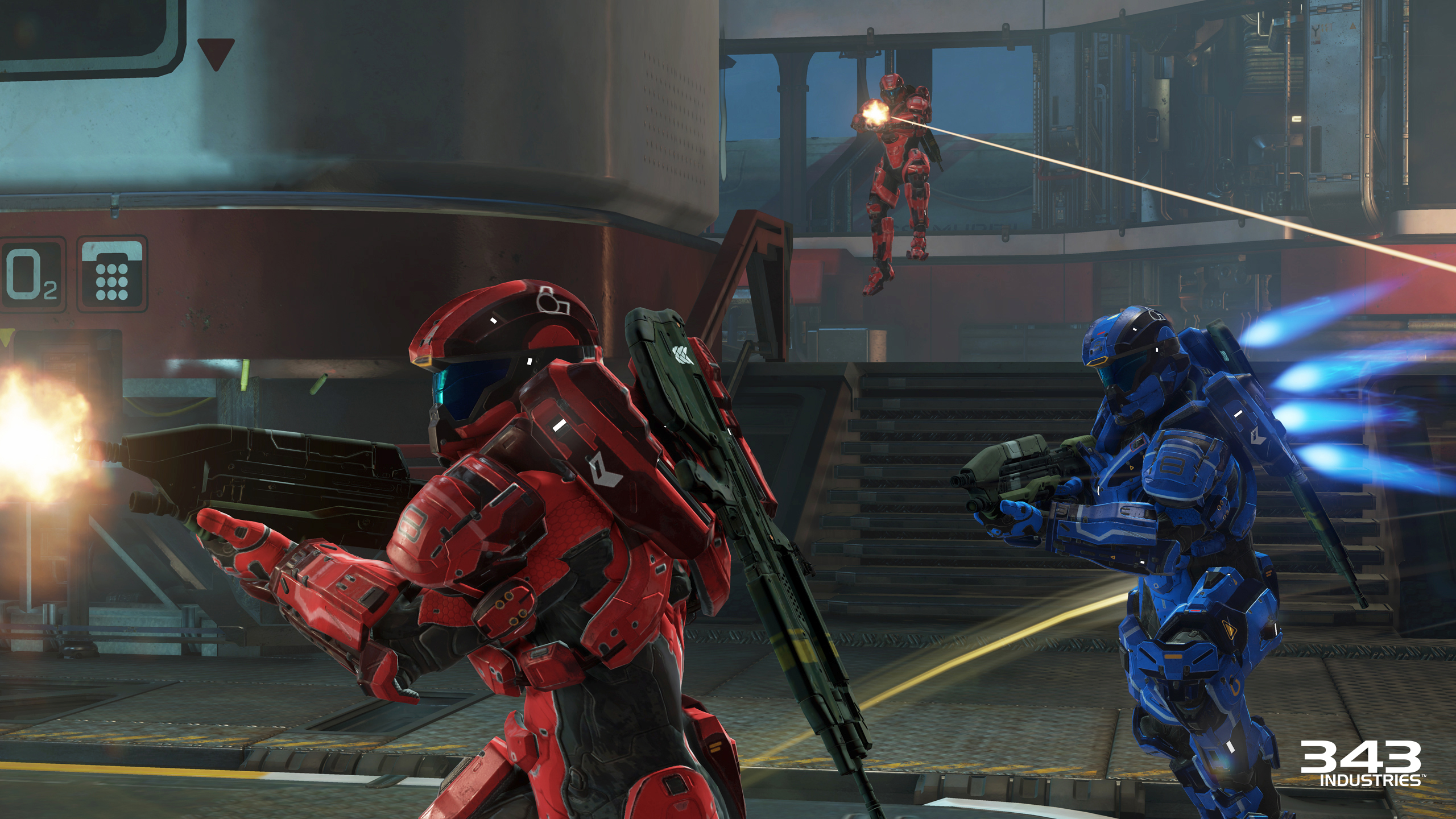 And these last three of from your HUD view: 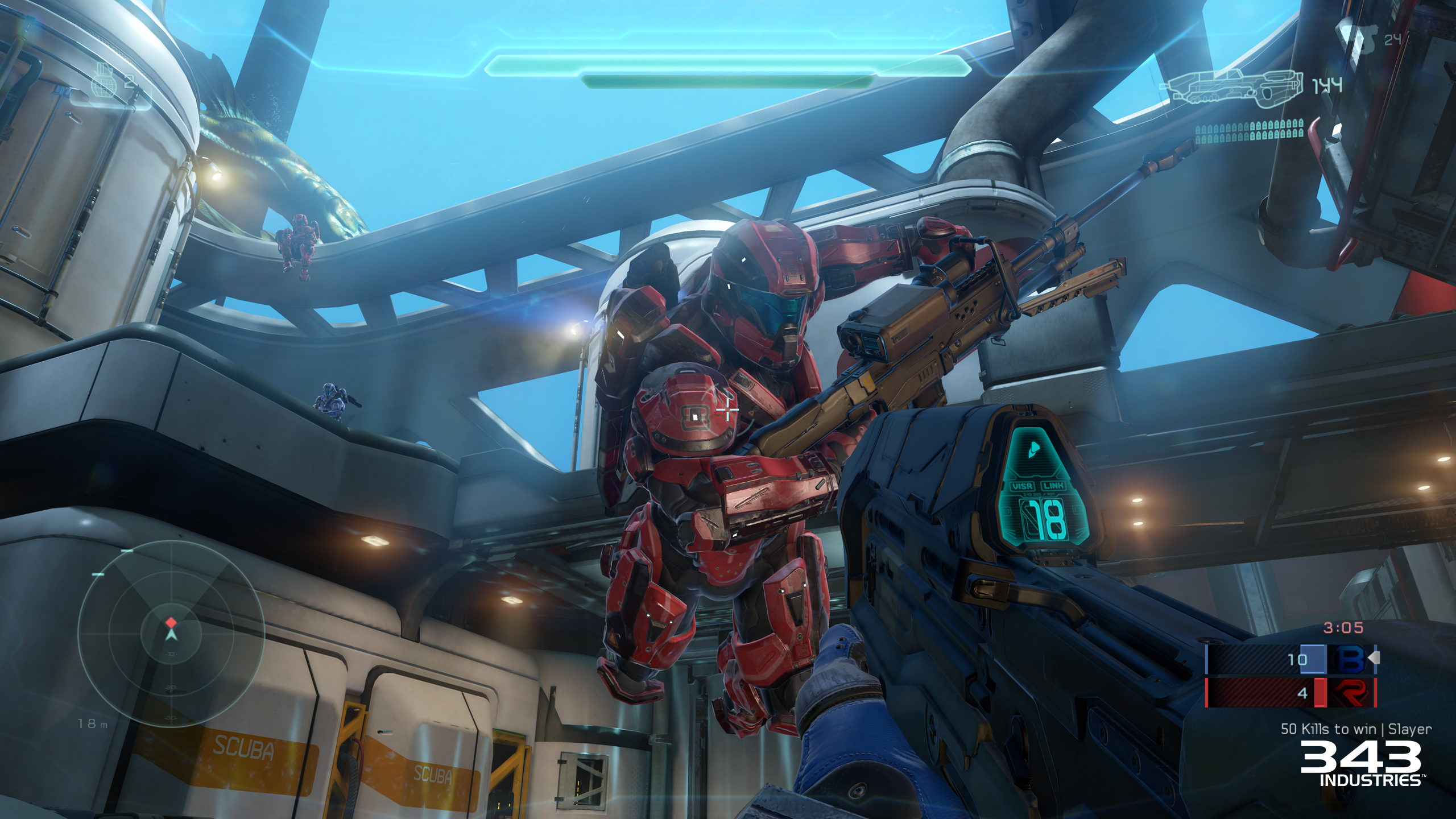 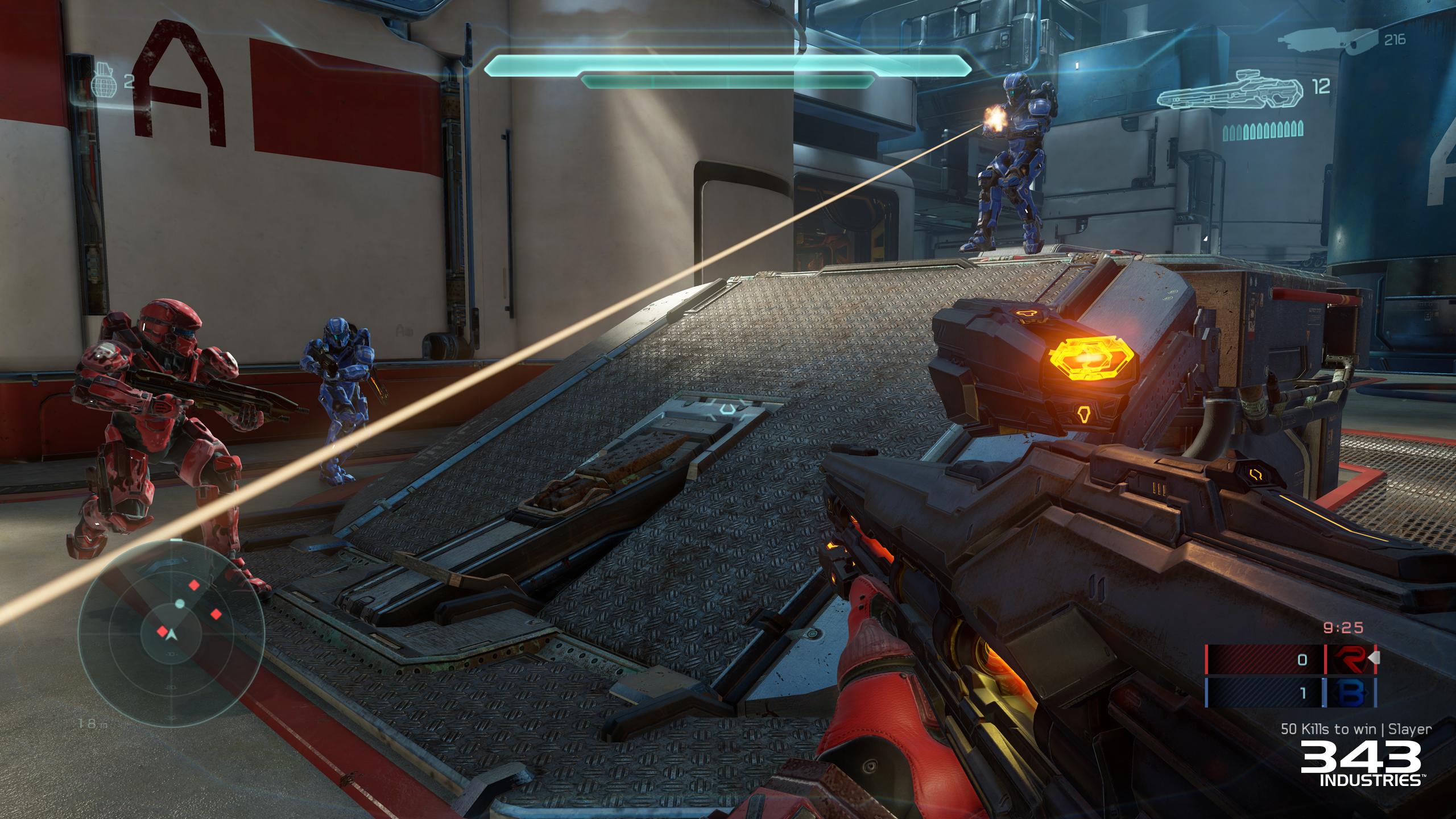 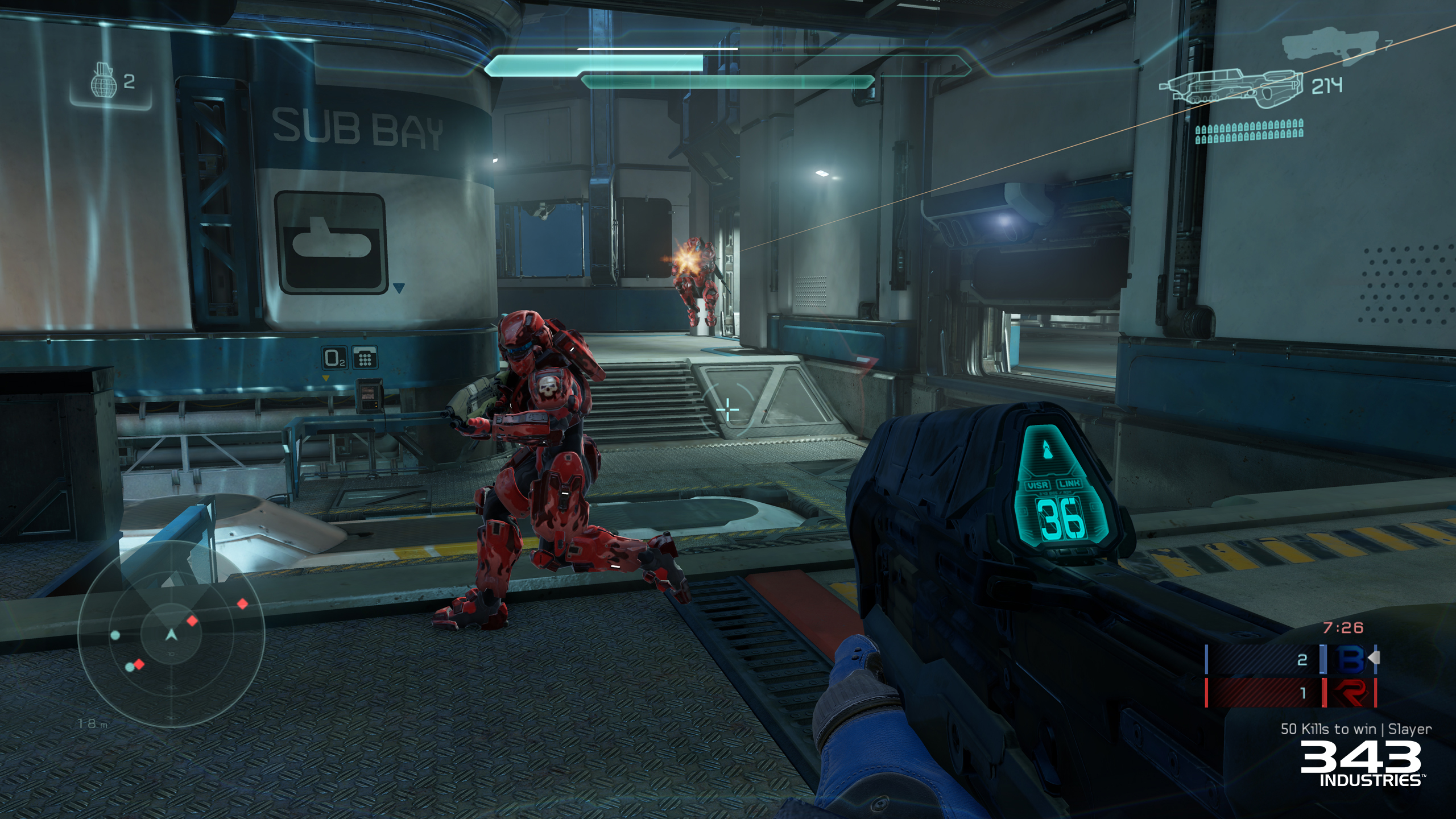 It looks like there are a lot of nooks to camp at….camping, it’s a necessary tactic sometimes. Rolls eyes, LOL.

With ledges, short and long sight lines and smaller rooms, this looks like a fantastic map to play on!

So which one looks better to you? Since I’ve played on Empire during the Beta, I know it looks good and gameplay moves quickly. But for me, there’s just something more about Fathom. I suppose that it’s because it’s an enclosed map and has the creatures swimming outside. That gameplay on it is going to be FUN!