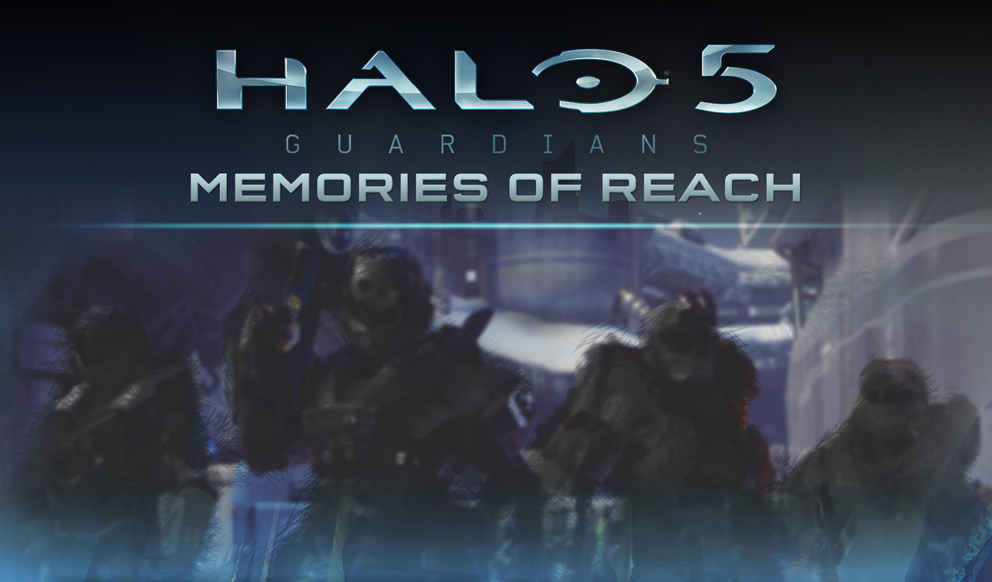 The Memories of Reach DLC is nearly upon us. 343 released a teaser REQ card sheet just a couple of days ago. Now let’s take a CLOSER look at what we are getting and speculate on a few of those things blurred out.

Stasis is a reuse of Torque. This time the setting is on land and in an icy environment. Infection is a mode that has been asked for since launch of Halo 5 Guardians as that mode has been in Halo for several games now, though in Halo 4 it took a different turn. However, in Halo 5’s version, it’s gone mostly back to the Infection game type we all know and most have liked. I for one am happy about this. I played it frequently enough to enjoy it. 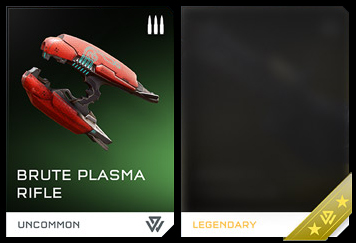 So rather obvious we are getting the Brute version of the Plasma Rifle. Oh and before I go further, for those folks complaining that this isn’t a Reach weapons, I say “So what?”. We as a community do not need to complain about such things. Be happy that 343 is giving it to us at all…Geesh. As for the blurred out weapon, I have only two guesses. First is a long shot, but could be the grenade launcher. It would be yet another new weapon. However, given the weapon’s Legendary status, I’m going to go with Emile’s Shotgun! He’s been featured prominently in the DLC teasers and such that this I think is a good guess. As to it’s abilities? Well, I would guess more powerful and longer distance than any of the others so far. No speed boost those as Emile wasn’t a speedy kind of Spartan. 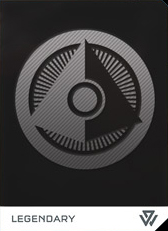 Okay, since 343 has teased about a UNSC vehicle and the rumors have abounded that it will be the Falcon, this is my guess. Honestly, I’m going to be pretty disappointed if it isn’t. A Spartan Company member brought up a good point as to why it might not be and I’ll counter. First, he said that it would be no match for the Banshee or Phaeton. The Banshee  could out maneuver it pretty easily and the Phaeton has that lock on and powerful blasts. So, to counter this, I’d guess 343 would make the Falcon much more armored so it could take a beating. Also, this would be the first in Halo 5 to have extra seats for other Spartans to board it. That could mean the side gunner seats AND possible an extra seat for a flag runner, were this to be included in BTB CTF!!! Also, there is a distinct possibility that the Falcon would also have a Grenade Launcher variant. THAT would make it DEADLY!! So we’ll have to see on this. But my fingers and toes are crossed! 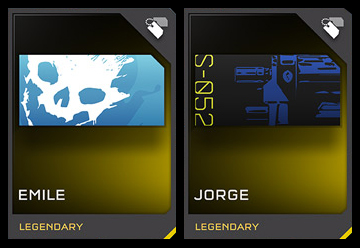 We already know of these two. I know I’m going to rock Emile’s for a bit! But Jorge has a special place in my Halo fandom, so I will wear his proudly!

We get one full set of load out weapons skins in the form of Azure Dream. Pretty cool. I think there is a Seattle Seahawks theme to this, which wouldn’t surprise me due to the location of 343’s studios.

The above skins we’ve already had access to. During the Halo World Championship, we had the opportunity to buy these with either 80K REQ Points or $10 a pack. You were not guaranteed these though if you had other REQs not attained. An unfortunate thing for those who spent either a lot of REQ Points or real money. I was lucky enough to have everything else unlocked at this point, so I used REQ Points for two packs, then bought a third pack for cash. (First time I’ve paid money for a REQ pack. I got all of the above, with exception to the UNSC Magnum skins. Note also that that limited pack made available to 343 skins of the AR and Magnum. Those are not making a return in the Memories of Reach DLC. Will they become available at another time? Possibly.

Just one in this update, but it’s a beaut! Royal no doubt is in reference to ‘Noble’ or nobility. Purple is often the color of nobility, so this color visor fits. I may wear this one for a short time. (I’m still partial to gold and copper type visors. Call me old fashioned. LOL

Heh, well, these aren’t so cleverly hidden. If you watched the teaser trailer, you KNOW these are the rest of Noble squad’s armor that we do not yet have. We already have Carter’s in the form of the Noble armor and Six’s armor in the form of Decimator. From left to right we have Jorge’s, Kat’s, Jun’s and of course Emile’s armor sets. Also note, this I think is the first time we have Named character armor that is in the Ultra Rare (Kat and Jun’s) 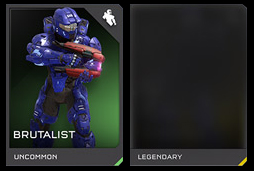 We are getting two stances here. One showcasing the Brute Rifle. As you can see, I lightened up the graphic to try to show the blurred out one. It looks like Jorge’s stance where he’s carrying a detached Machine Gun turret. If so, AWESOME! I will most certainly use that stance!

Besides the named emblems near the beginning of the article, we are also getting the three above. Auntie Dot is an excellent choice and one I’ll definitely give a go at wearing. Drone is another great choice, IMO. And that 10 rounds out the previous numbers, though 12 was also added in there. Hmm, I wonder if we’ll get an 11???

Okay, there is something a little funny here…I’m not sure if these were mislabeled or not. See how the BR says Assault Rifle and the SMG said DMR? Mistakes? Probably. But if not, what could this mean? As for the symbol, that looks like a precision device. Added zoom scope?? Ooh, that could be VERY dangerous!

We shouldn’t have long for the full reveal of these. I expect that to be sometime this week, with the release of Memories of Reach DLC the following week.

2 thoughts on “A Closer Look: Memories of Reach DLC”