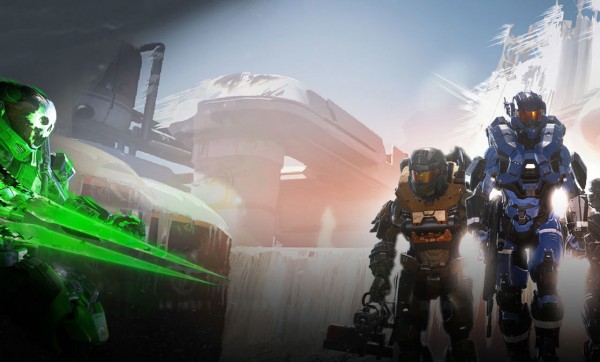 So Memories of Reach came out yesterday!

There is a LOT more information about the update, so let’s get into what else was added/changed and perhaps a little bit of a recount as to what you may have already seen.

Infection:
As you know, Infection has finally made it into the playlists. It boasts a 12 person lobby with a 6-person fire team cap. So no more of just all of your friends playing together. Now you have to split the lobby with at least some randoms.

There are 9 Infected maps. Three of these are Developer infected, while 6 are all new Community made infection maps. I played a LOT of Infection yesterday into the wee hours of this morning. The Dev infected maps were fun. Adding in cages, crates and the like changed up the flow to the maps, which you should expect in infected versions.

Most of the Community made maps are pretty good. Visually they are really good. of course some are better than others. I don’t know that I have a favorite yet. What I can say is Infection is a LOT OF FUN! Don’t listen to others though decide for yourself by getting some games in.

One complaint I heard a little bit was that non-traditional infection weapons are n ow being used. Instead of just having pistols/shotguns, you now start with Assault Rifles and Shotgun. However, scattered throughout the maps are power weapons aplenty. You will find that on the 3 Dev infected maps, there is a Halo CE Pistol. I won’t give away those locations though as it’s better if you find them for yourselves. Okay, I’ll give you one. On the Plaza infected map, just on top of a blue vertical sign lays one. It takes a few skillful jumps to get to it.

There are 4 rounds in each Infection game. The bonus of this is that you can get a first strike in EACH round! Not only for yourself, but for your Spartan Company. (If your’e not in one, consider joining HFFL’s HERE.

You can now choose which preference you want to search in. Your choices are Balanced, Expanded and Focused. Balanced is what you’ve been playing on all along in Halo 5. Expanded gets you into matches more quickly as it’s wide open to everyone playing. Focused matches you more closely to your Fireteam’s skill and connection. 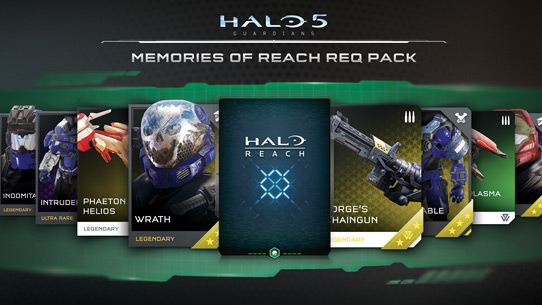 As with nearly each update, we get the chance to purchase a REQ pack specific to that update. This one is a little bit different. First, instead of costing 80K REQ Points (as usual for Update packs), this one will set you back 120K REQ Points (or $15 US if you are so inclined).

So what do you get for that? You will get 3 Permanent REQs, a mythic weapon and 12 ultra-rare or legendary single use REQs.

The question is: Is it worth that? My answer? No. You can get a LOT more permanent REQ cards if you buy Silver or Gold packs. Granted those basic silver and golds might not net you Reach REQs though if you don’t already have most everything else unlocked. Is it worth it to you to wait and get them free later on? Or will you pay up front for them and use up a good chunk of REQ points or really money? That’s for you to decide.

As for me, I already had everything else unlocked. So I had no desire to get this update pack. Instead, I spent 106K REQ Points and got ALL of the Reach REQs. 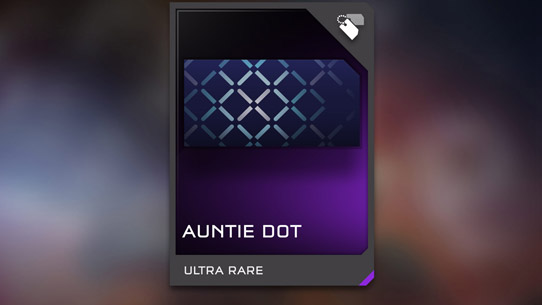 The Auntie Dot emblem is ANIMATED! Just as it was in Reach, here it is in Halo 5! I immediately put this one on. An instant favorite and classic!

A new ship (and it’s NOT the Falcon)…
ton-helios-module-8c8a7bb57871437b9e8f8c4b3a11b007″ width=”542″ height=”305″ />
To many people’s surprise, the new vehicle was not the Falcon as hoped for. Instead we get a reskinned Phaeton. This one is called a Phaeton Helios.  I will admit it looks pretty good. It has a powerful cleaning beam, which some have describes as being a Sentinel beam. It will overheat. You do have a little bit increased mobility with this Phaeton. However, while it boasts increased armor, friends that I gamed with last night that used this ship said they didn’t notice any difference. An Ultra Banshee can still take you out in 2 banshee bomb shots for example.

Getting back to REQ packs for a moment. There has been a change to both the Silver and Gold packs. Now instead of getting an Emblem in one of the two first slots, you will get permanents like Weapons Certs, Skins, Armors and Helmets. Now the THIRD slot is where you have ‘a high chance’ of getting an emblem. So you potentially can get THREE permanent REQs instead of 2. This is a GOOD thing folks! It means you can complete your REQ collection much quicker!

Okay, from this point on (unless I specifically state so), the patch notes below are a reblog from Halo Waypoint, and yes, I’ll have some commentary along the way:

HFFL: Oh that Post Game Carnage Report is SOOO much better! You can see what medals you got, who you killed the most, who killed you the most, your most used weapon and more! Texture overlays I’ll get to in a moment.

HFFL: Active Camo now being able to have a percentage is great! Instead of full on, you can have it so that a spartan is partially visible. I like this!

HFFL: I haven’t yet changed my vertical sensitivity, but plan on doing so. I need it to be faster. I didn’t catch that there was an animation for ranking up. Dang it…I ranked up yesterday too from 144 to 145! It’s going to be a bit before I get to 146…(It’s a LONG trek now between ranks, once you hit into the 140s, folks.

HFFL: A lot of good weapons buffs here. One boost I’m particularly happy that was changed is ‘speed boost’. Gawd, I hate being Spartan Charged. To me it’s this game’s ‘Armor Lock’ (from Reach). Taking away the one-hit-kill makes my life just a little better…whew.

HFFL: I think it’s great that 343 is willing to change things for the better in their campaign. I agree with most of these changes!

HFFL: OMG!!!! TEXTURES! YES! Okay, I’ll stop typing in CAPS… Seriously folks, textures is something we forge fans have been wanting for a long time. These new textures are an excellent start. I in particular like the Covenant texture the most of these. The overlays are pretty cool too. I’ve been wanting to make things look snow covered. Having a frost overlay is going to help with that tremendously. The grime overlay really adds some depth to objects. It works VERY well with the Cobble Stone texture.

HFFL: The Ammo crates are cool. The Covie one is especially nice. I LOVE the new kill balls. The Plasma one is awesome! That these now come in small and regular sizes is great!

HFFL: Now, regarding textures and overlays, for now, these can only be applied to the ‘Primative’ objects in Forge. Hopefully that will be expanded to other objects down the line. But this is an excellent start!

HFFL: LARGE patches of grass now! This really helps to fill up some ground cover.

HFFL: Okay….I am SO happy about these. While you can’t do a lot with them to make them look ‘real’, it’s still cool to be able to place Covie bodies on a map. I DID however take the opportunity yesterday to make a ‘Dance Party’ with the Covie bodies. I posted it on the HFFL Instagram account. 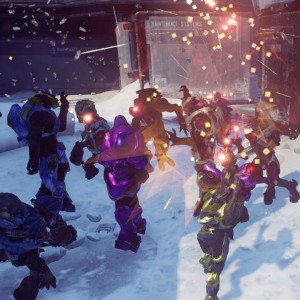 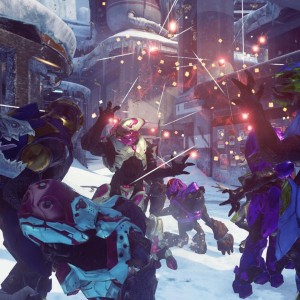 HFFL: I have more pics of this showing how I made it. I’ll post those in another article. Oh and in that article, I’ll show a lot more of the new Forge objects that came with the MoR update. Look for that in a day or so.

HFFL: Oh the jet and thrusters are AWESOME! I will find a use for these, for sure!

HFFL: Okay folks, even if you don’t use forge, I HIGHLY recommend you check the slipspace FX. These are by far some of the best EVER objects added into ANY of the Halo forges.

HFFL: There is SO much I could talk about with all the new Forge objects stuffed into this update! In fact, I WILL have an article on these. I’m compiling screenshots to better illustrate what I will be talking about and should have that article done in a day or so.