This is  a reblog from Polygon, with added commentary by yours truly in BLUE.

The team behind to-link” href=”http://www.polygon.com/game/halo-5-guardians/13644″>Halo 5: Guardians is ready to announce their next free update, including one new enemy unit and one new UNSC vehicle. Fans of the 24-player Warzone mode are in for a treat.

The first new unit is the Grunt Goblin, a hulking mech piloted by an elite Grunt. 343 Industries character designer Steve Dyck told Polygon that the Goblin can be fielded as either a Legendary or a Mythic boss. It’s the first character ever built exclusively for Warzone and Warzone Firefight.

HFFL: Okay, before we go ANY further…I props changing the name of this to the Gruntbuster! I tweeted this earlier today in hopes to get it trending and used by the Halo community.

@Halo Okay, I'm going to call this FIRST…#Gruntbuster! We have to get that trending instead of the Grunt Goblin!! pic.twitter.com/gJBlh3iDsX

“There are two variants of the Grunt Goblin with different capabilities,” 343 Industries character designer Steve Dyck told Polygon. “Essentially, the backstory of this battle suit is it was built by Grunts for Grunts in what the Grunt designers agreed was the perfect embodiment of agility and lethality. Obviously when you have a Grunt driver or ‘jockey’ controlling this powerful battle suit, results may be unpredictable.

“We really wanted to make the Goblin jockeys fun, memorable enemies to fight,” said writer Nick Ardizzone. “We made sure to give them lines that show for all the time they spent learning to pilot their Goblins, they spent at just as much honing their cutting insults (‘You’re real bad at fightin’!’) and terrifying threats (‘Gonna smash all your important parts!’).”

HFFL: This is going to be SO fun to take down and listen to as well. I’m SO happy the Grunts speak English again! Or rather, I should say speak ‘human’ as they speak in multiple languages now with the game in many countries.

Chris Proctor, senior systems designer, gave us a laundry list of features and loadouts of the Goblin, as well as tips for players looking to take one down.

Goblins are kitted out with a double-barreled heavy needler, which can do massive damage to vehicles. Goblins are also capable of a needle barrage, a multiple-launch system that can target up to eight players at the same time. It’s a nasty talent, but one that’s easily disabled by knocking out the Goblin’s backpack. With the barrage out of commission, the Goblin will be forced to rely on its grenade launcher, which will be more powerful on the Mythic variant. 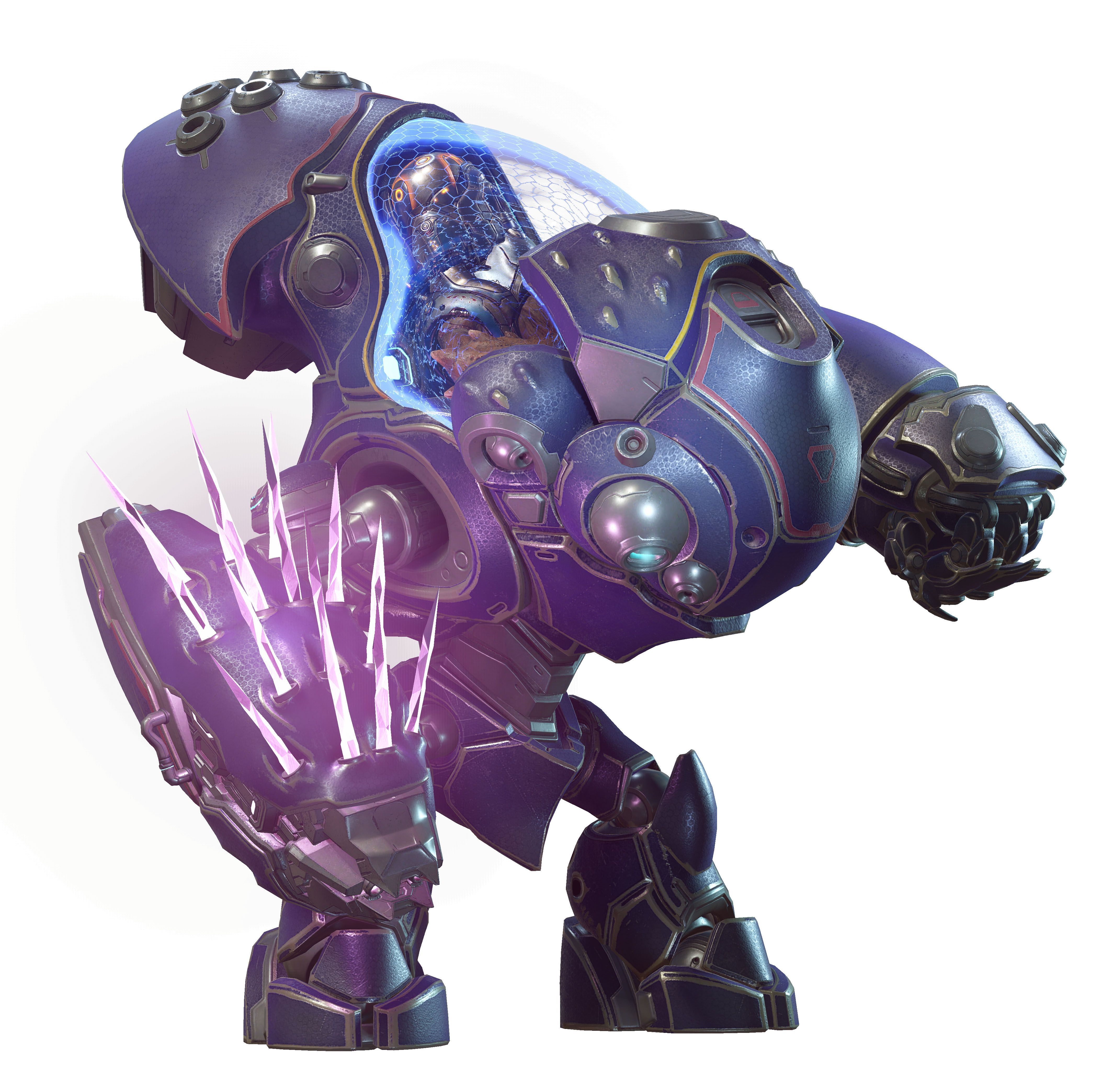 HFFL: Here we see the Gruntbuster on the new Warzone map, Sanctum!

With the above one seeming to have more of a bronze sheen to it, perhaps this is the Mythic version? 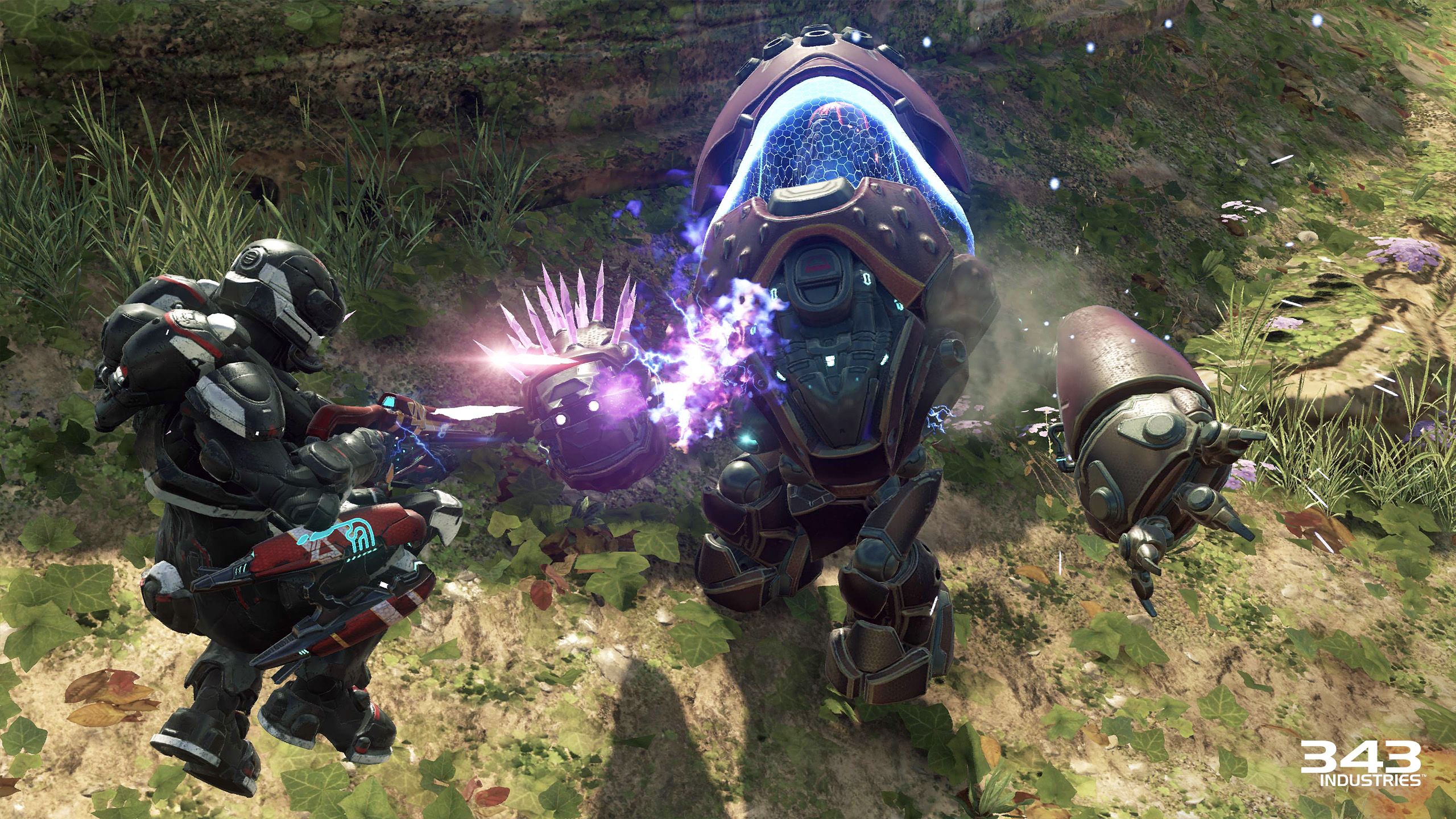 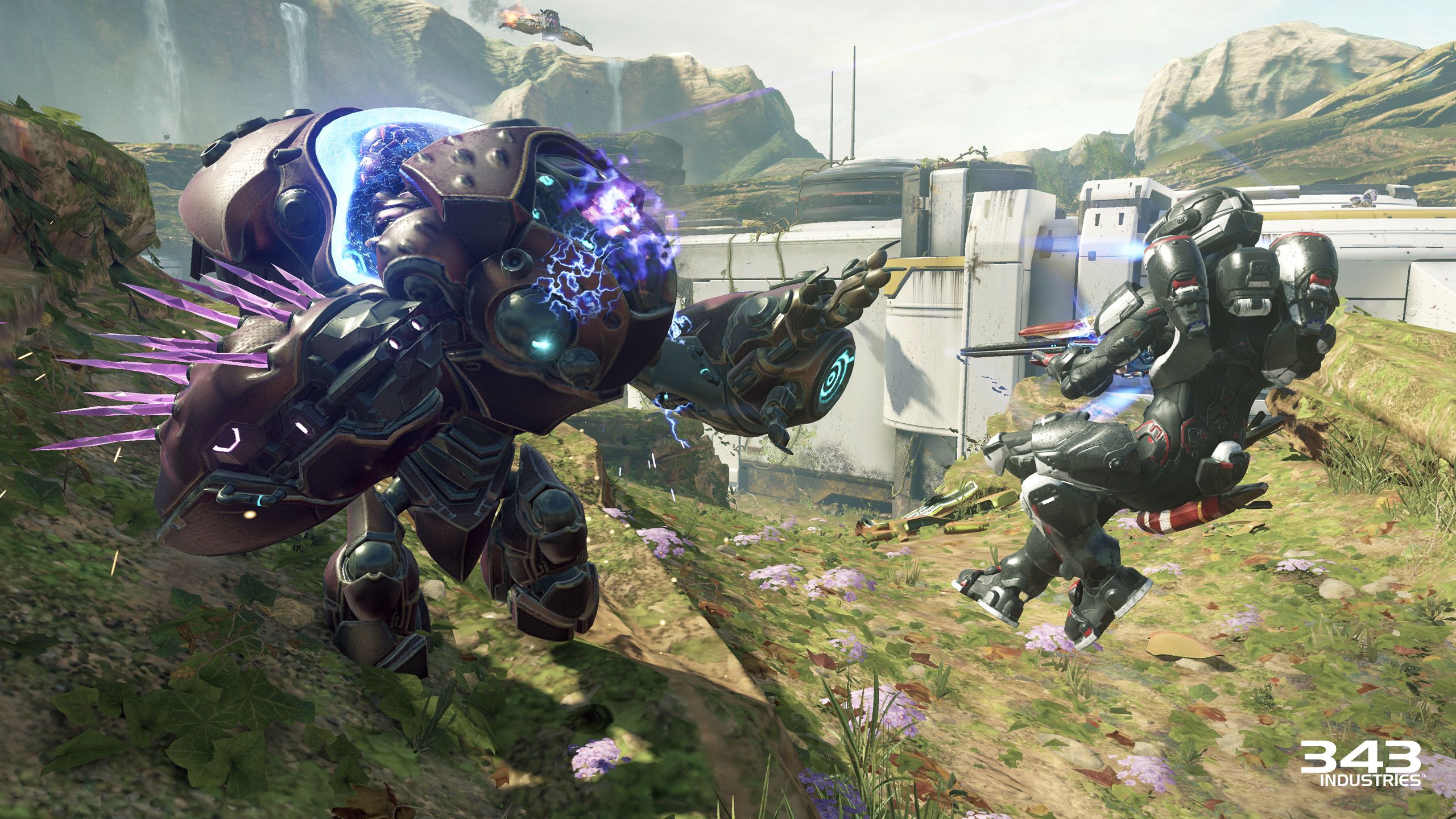 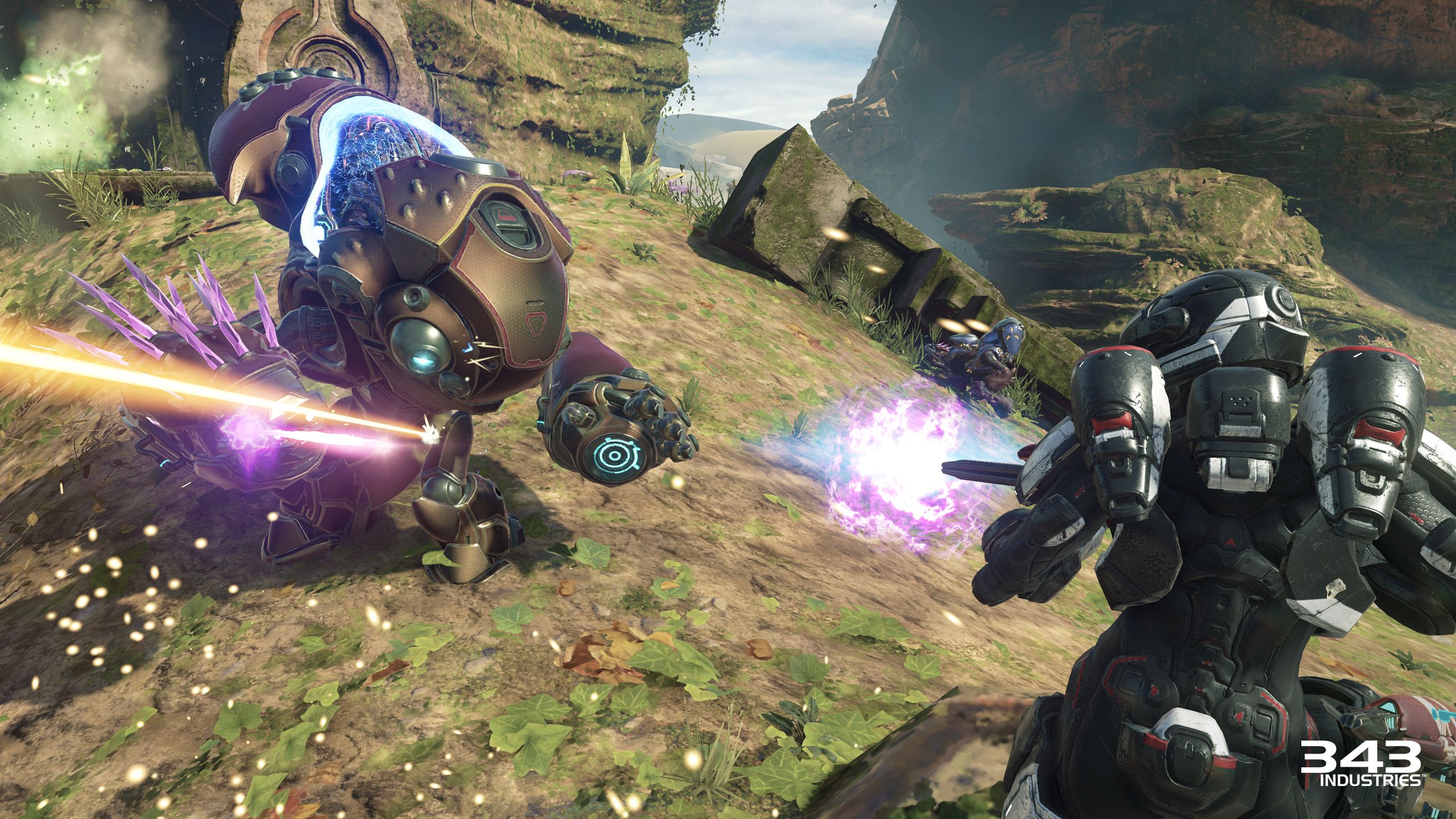 I love how it LOOKS like a Grunt. A massive screwy legged, unbalanced Grunt! LOL. Go Gruntbuster, GO! 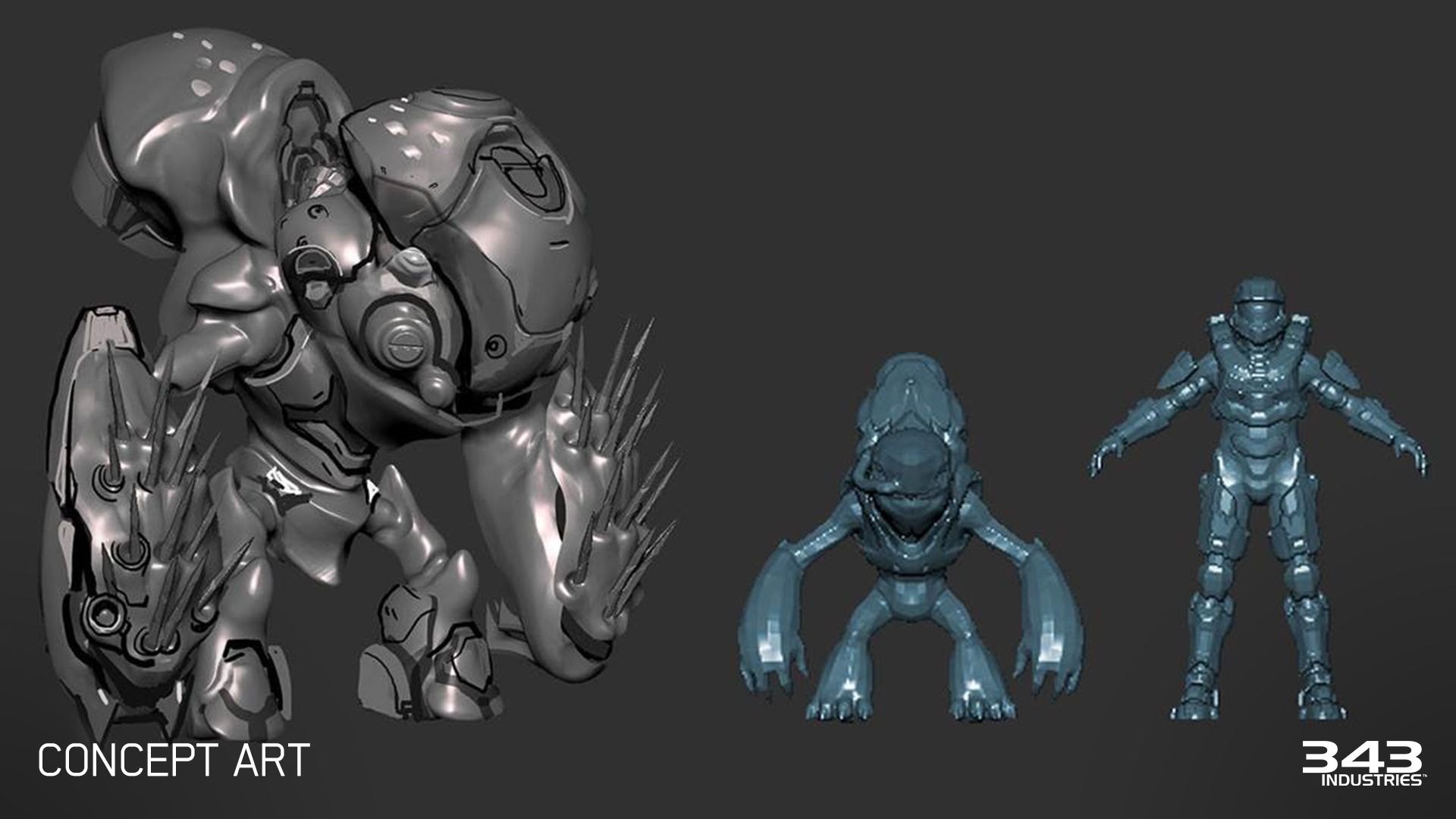 It’s quite sizable as you can see by the concept art above. Smaller than a UNSC Mantis, but definitely packs a punch!

As far as melee goes, the Goblin is highly mobile and capable of jumping up to 200 feet. It can drop any Spartan, or any light vehicle, with a single punch. There’s also a few surprises for any large vehicles that get too close, including a disabling EMP pulse.

One strategy for taking out a Goblin is to demolish the pilot’s canopy. Players will have moments to take out the Grunt inside before it regenerates. Also, behind that backpack that controls the needle barrage is a weak point. Hammering it will deal bonus damage. In the meantime, keep your distance, says Proctor, as the heavy needler and melee attacks will cut through even the UNSC’s most powerful weapons platforms.

HFFL: Okay, so if we kill the Gruntbuster by taking out the pilot, does it explode with confetti, like normal Grunts do? Gawd, I hope so! LOL

“Unlike other vehicles,” Proctor said, “the Grunt Goblin cannot be hijacked or boarded and has a complete immunity to EMP effects. Don’t waste your time (and REQs) on plasma pistols!”

The new unit available to the UNSC forces is called the Wasp. It’s a brand new unit in the Halo universe, designed for close air support (CAS) in hostile environments. It even features vertical take-off and landing.

HFFL: I was totally going to say this looks like a cross-breed of a Hornet and Sparrowhawk! 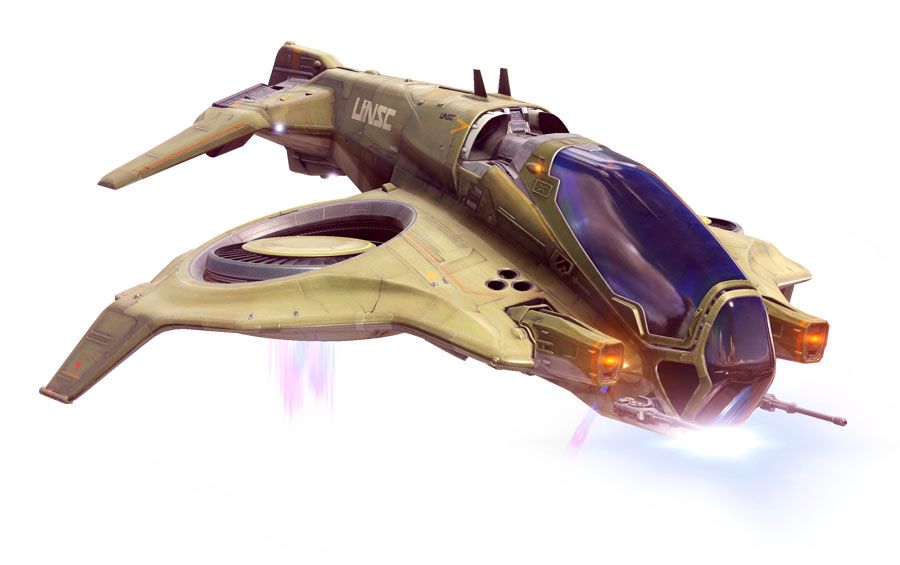 HFFL: Oh, this has just GOT to be made as a Mega Bloks set. Heck, I’m even thinking of tearing apart a hornet and sparrow hawk set just to kit-bash one! 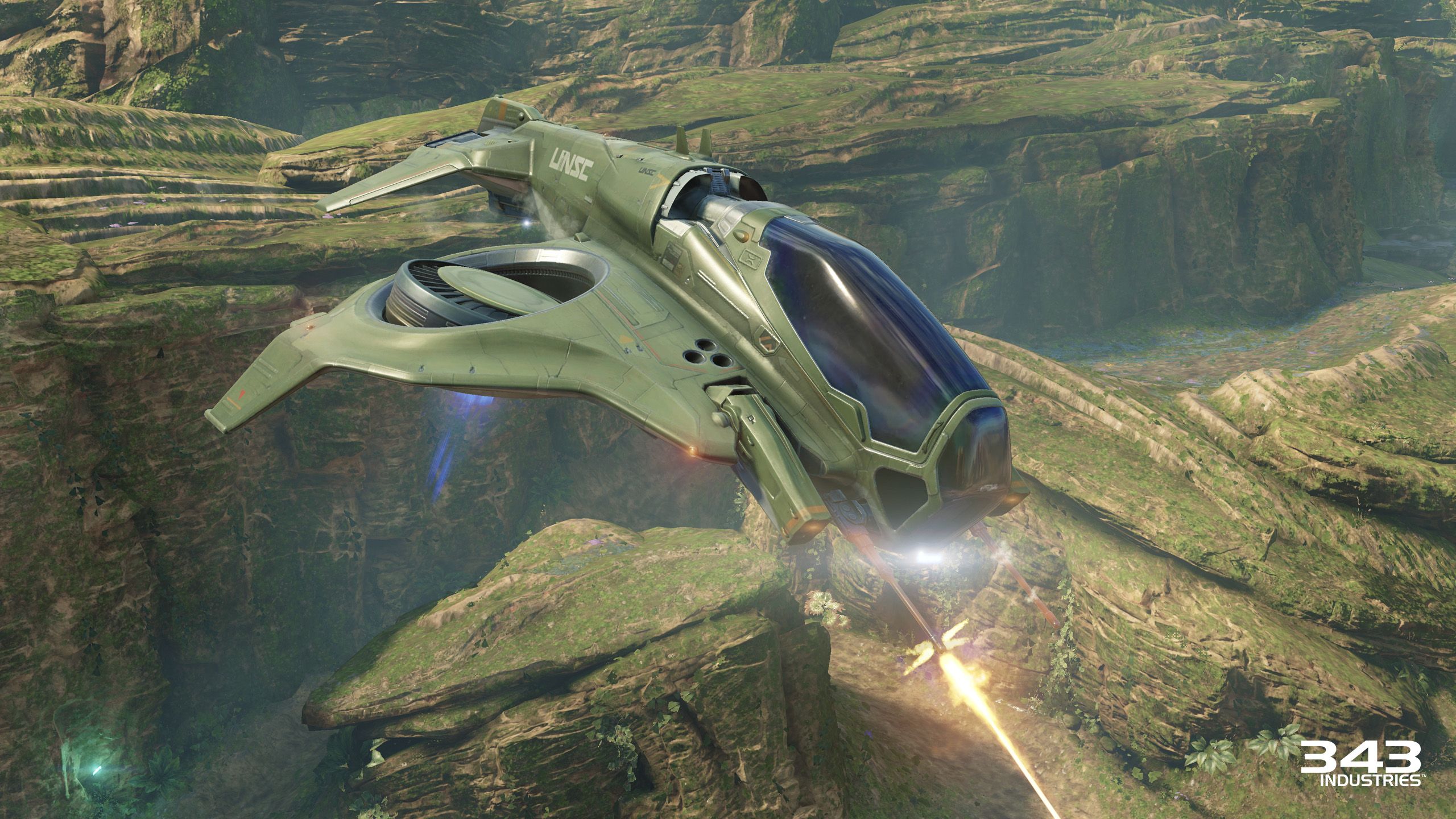 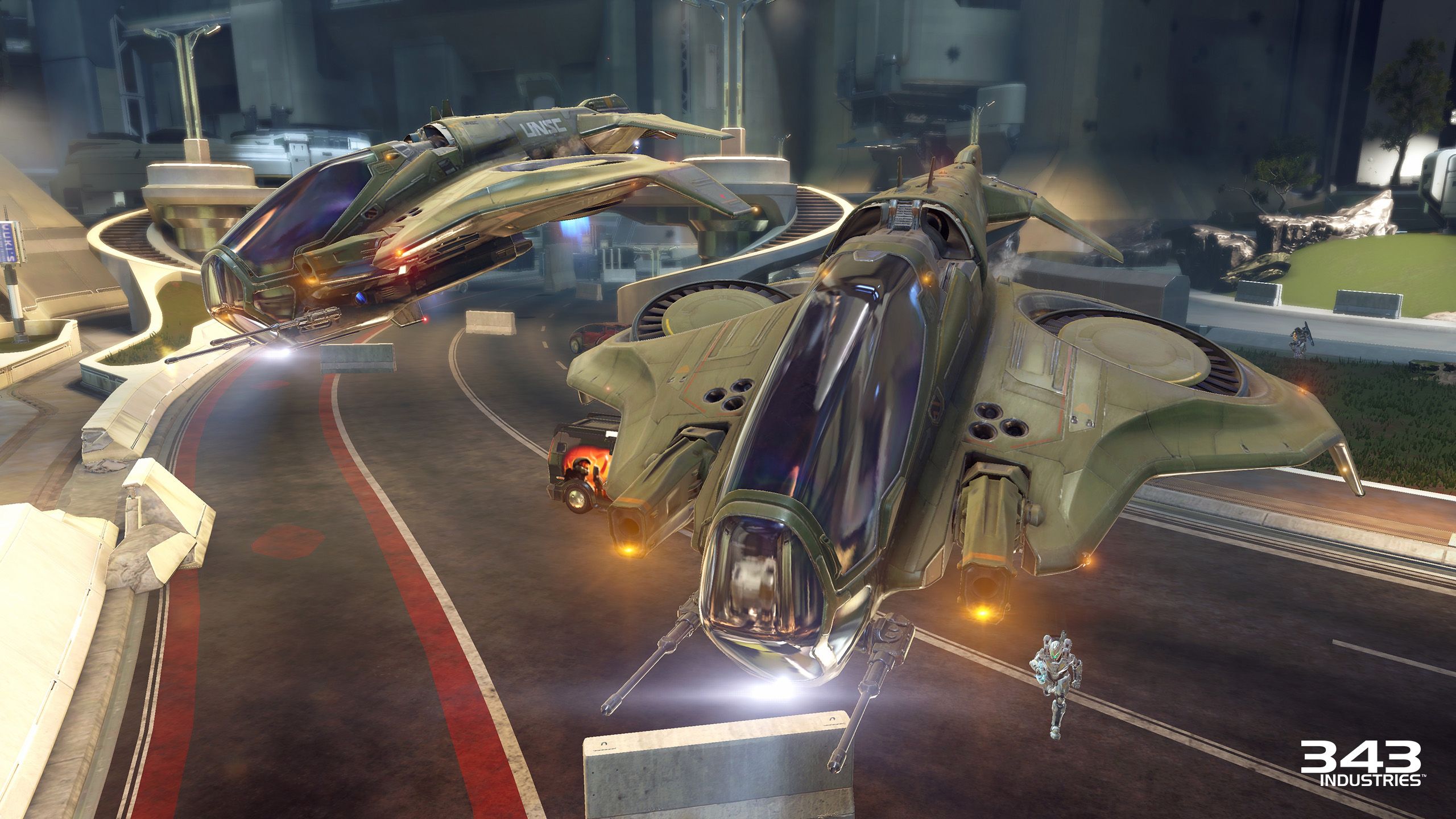 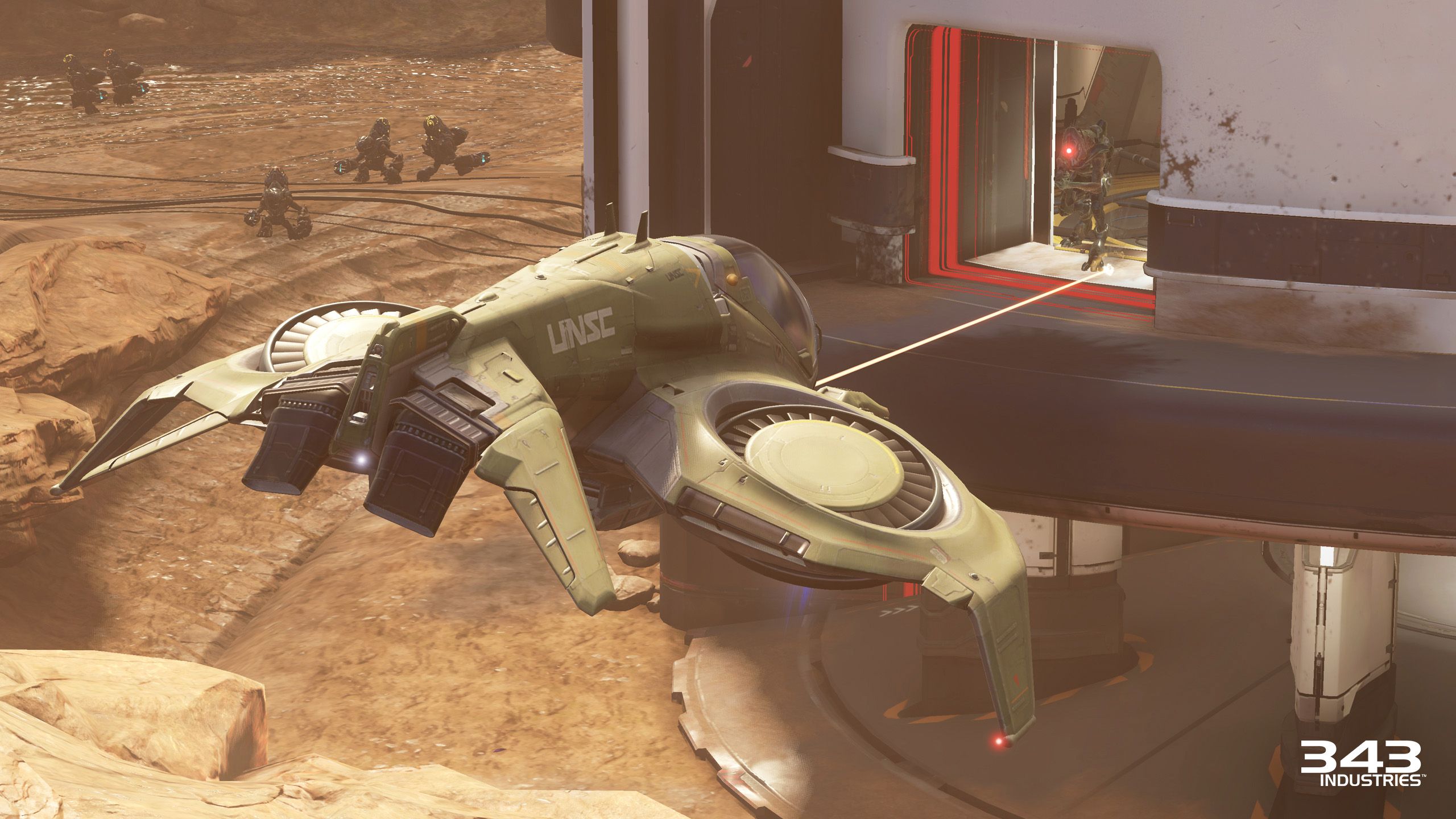 HFFL: Tell me this doesn’t fit in Halo? It’s SUPERB!

“In-game, players will want to use it as a quick-strike vehicle, flying in low for a kill and bugging out quick to allow the shields to recharge. The armor on the Wasp is light in order to keep it aloft, so the recharging shield provides the moderate protection needed to re-engage at a later time. The key is to keep moving, drop in low to maximize weapon effectiveness, and steer clear of vehicles with heavy weapons.”

Fielding a Wasp will require a REQ card, and will be droppable in Forge. Both the Wasp and the Goblin Grunt will be available in the next free update, landing soon.

HFFL: YES! We can have it in Forge/Custom games! I will most definitely be tooling around maps in this beauty! Now if the Gruntbuster was in Forge and could also be piloted? I think I’d faint! LOL!